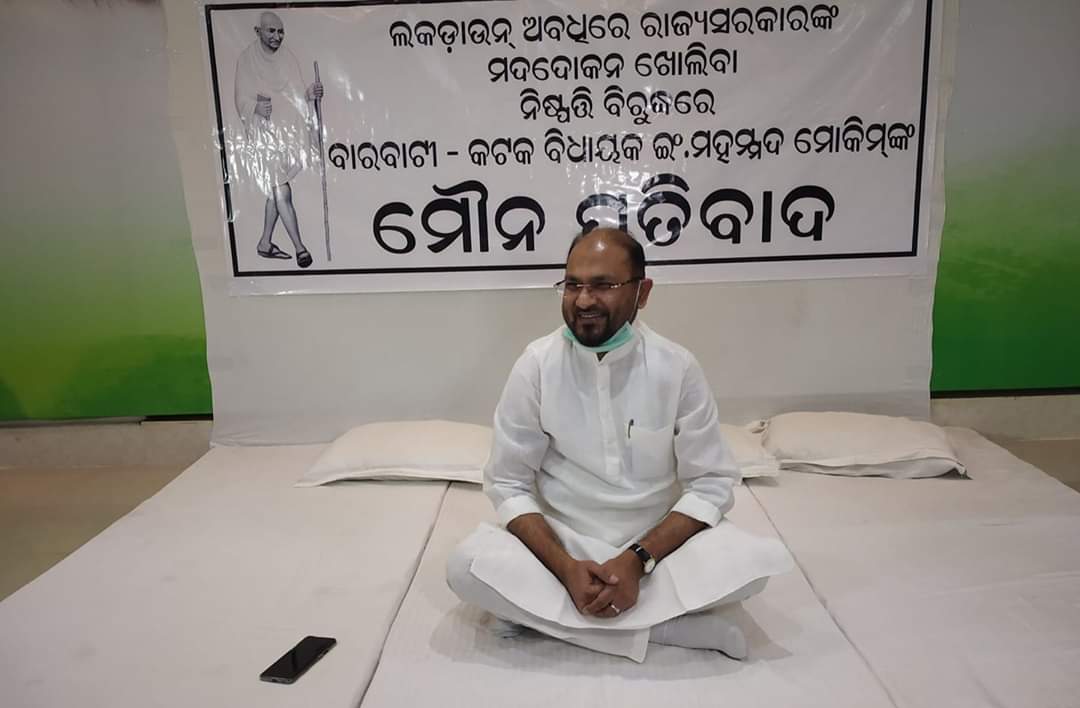 Cuttack: Protesting against the Excise Department’s proposal to open liquor shops during lockdown 3.0, Congress leader and Barabati-Cuttack MLA Mohammad Moquim on Tuesday staged a dharna in the city.

“There have been reports of increase in domestic violence during the lockdown and opening the liquor shops will further escalate it,” Moquim told the media.

He demanded the state government to immediately reject this proposal.

Meanwhile, the Excise Department, in a statement, later in the day said that no decision had been taken on opening liquor shops in the state.

A decision on reopening of the outlets will be taken after reviewing situation in other states, it said.

The Centre has already given a green light for reopening liquor shops during the extended lockdown period.

While issuing guidelines for lockdown 3.0 on May 2, the Cuttack Municipal Corporation (CMC) had allowed licensed liquor shop to resume business in the city.

Notably, Karnataka recorded liquor sale of Rs 45 crore on the first day after reopening of liquor shops on Monday while the Delhi Government has imposed 70 per cent ‘Special Corona Cess’ on alcohol with effect from Tuesday.