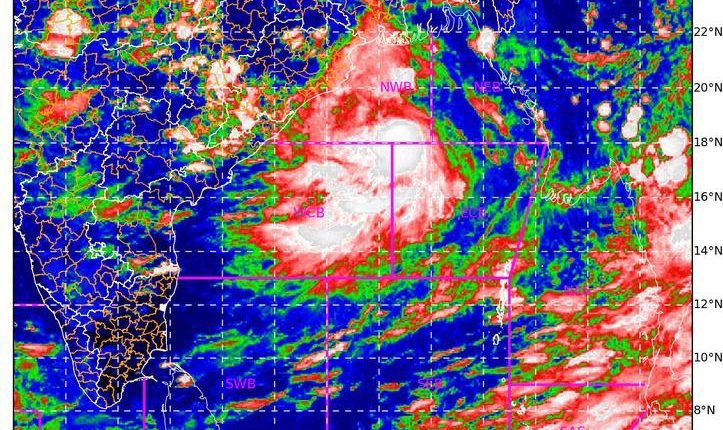 Bhubaneswar/New Delhi: The India Meteorological Department (IMD) on Saturday said the cyclonic storm ‘Gulab’ is likely to pass Odisha-Andhara Pradesh coast at a speed of 95 km per hour on Sunday evening.

Director General, IMD Dr Mrutyunjay Mohapatra said this at a meeting of the National Crisis Management Committee (NCMC) chaired by Cabinet Secretary Rajiv Gauba in New Delhi to review the preparedness of central ministries and state governments to deal with the situation.

Briefing on the current status of the cyclone, Dr Mohapatra said the system is expected to cross the North Andhra Pradesh and South Odisha coasts by the evening of September 26 with a wind speed ranging 75-85 kmph, gusting to 95 kmph, accompanied by heavy rainfall in the coastal districts of the states. It is likely to affect the districts of Srikakulam, Vizianagaram and Visakhapatnam in Andhra Pradesh and Ganjam and Gajapati in Odisha. 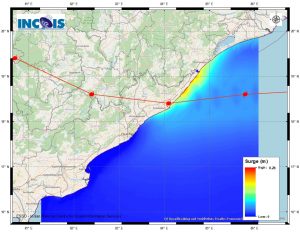 Chief secretaries of the two states apprised the committee of the preparatory measures being undertaken to protect the people in the expected path of the cyclonic storm and ensure minimal damage to infrastructure such as telecom and power and others. Necessary arrangements have been made to ensure that COVID protocols are followed, they added.

It was revealed at the meeting that NDRF has deployed 18 teams in these states and additional teams are also kept in readiness. Rescue and relief teams of the Army and Navy along with ships and aircraft have also been deployed.

Gauba stressed that all preventive and precautionary measures should be taken by the concerned authorities of the state governments and agencies of the Centre before the cyclonic storm makes landfall with the aim to keep the loss of lives to near zero and minimize damage to property and infrastructure. He assured the states that all Central agencies are ready and will be available for assistance.

Also Read: [Watch] Deep Depression To Turn Into Cyclone In Next 6 Hours