Cyclone Yaas Update: Depression Over Bay Of Bengal In Next 12 Hours 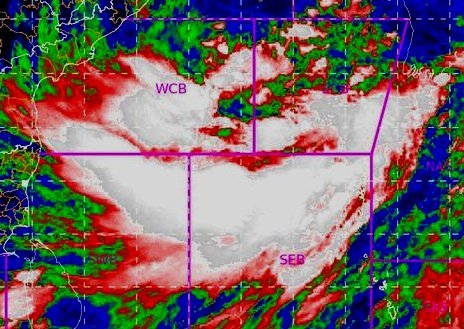 Bhubaneswar: The low pressure which was formed over the east-central Bay of Bengal on Saturday morning has become more marked on Sunday, said the India Meteorological Department (IMD) in a morning release.

The system is very likely to concentrate into a depression during the next 12 hours and move north­northwestwards and intensify into a cyclonic storm by May 24 and further into a very severe cyclonic storm during subsequent 24 hours in the morning on May 25, the release added.

The rainfall activity along the Odisha coast is most likely to start from the afternoon of May 25 with the light to moderate rain with heavy rain in the north interior districts on May 26 and 27.

The sea condition will become turbulent from May 21 and the wind speed in the sea will be 40-50 kmph with gusting up to 60-70 kmph on May 23 and 24. The fishermen are advised not to venture into the deep sea in the east-central Bay of Bengal, south-east Bay of Bengal and the Andaman Sea between May 21 and 24.

Also, as the sea condition from May 24 to 27 will be very rough in the North Bay of Bengal and the nearby areas of the Central Bay of Bengal, the fishermen who are already in the deep sea are advised to return to the coast by May 23.

Cyclone Yaas Update: 18 NDRF Teams To Be Deployed In 6…