Damyanti Biswas: Getting Beneath Skin Of Delhi Where She Once Lived 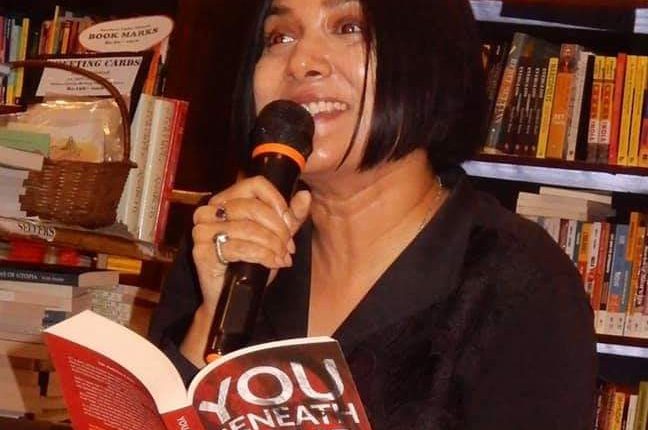 Damyanti Biswas’ ‘You Beneath Your Skin’ was released in September. The Singapore-based author was part of a literary fest held in the Odisha capital earlier this year.

Damyanti is also committed to making a difference in the lives of children from disadvantaged groups and volunteers with Project Why and Stop Acid Attacks. Her short stories have been shortlisted for the Bath Flash Fiction Award as well as Best of the Net and nominated for the Pushcart Prize. ‘You Beneath Your Skin’, where she delves into the world of crime, has been long-listed for the Bath Novel Award and the MS Lexia Novel Award. She also helps edit the Forge Literary Magazine and recently won the Fay Khoo Award in Malaysia.

Though based in Singapore, the realities of life on the streets of Delhi are not too distant to her even today, as she returns to the city with her debut novel. Excerpts:

How did the idea of setting a novel in Delhi come to you?

I’ve lived in Delhi for almost a decade and know the city intimately having worked in the field of fashion, which brought me in touch with its underprivileged communities as well as the very poor. As a young woman in my twenties, I realised that women in Delhi lived in a different city than the men—the way women navigate the city and experience it.  So, when I first saw Anjali, my protagonist, Delhi seemed like a natural choice for the setting.

How did you capture the city as you’re based in Singapore and Delhi is very different now compared to what it was when you were living here?

It was a surreal experience coming back to Delhi after a gap of years and finding my old neighbourhoods changed beyond recognition, the growth of a dense urban jungle, the reduction of green cover, the flyovers crisscrossing everywhere and the glut of traffic. Singapore is a world away with its obsessively clean spaces and manicured gardens but it was precisely this sense of disorientation that fuelled my writing, an attempt to capture Delhi as it changes, the city in flux.

What did you discover about the city when you started visiting it to write your novel?

I walked the streets and saw the old with the new, the monuments next to buildings with glass facades, the roadside food and tea-stalls, the barber shops, the migrant tents, the small alleys that are an entirely different universe to the one outside of them. I paid closer attention to the languages spoken, the curious way Delhi has adopted English, the way it is the language of the upper classes, like in most of India, but the way it is twisted here, even by the upper classes, mixed up with Punjabi and Hindi and served up in a lilt all its own. Setting a novel in a city, especially one as embedded in its world as ‘You Beneath Your Skin’, gives you an idea of its little spaces, its suspended pockets of time, of the ignored and the trendy. All of this has permeated through the story.

Are your characters Anjali and Jatin inspired by people/situations you’re familiar with?

As with all characters, Anjali and Jatin have bits and pieces of me. I recognise myself in Anjali’s perfectionism and in Jatin’s straightforwardness. Their appearance and characteristics are a hotch-potch of many people  who I’ve met. As the story went through fifteen rewrites, the characters changed in many small and big ways.

Please comment on attitudes towards special children that you have come across? How has this found an echo in your novel?

In India, being different is taboo. In the upper classes, education bridges a part of the gap but not all. In the lower classes, the situation is much more dire. Children with special needs are considered an ill omen. I have seen special needs children cooped up in small dark rooms, though this is becoming less common now. I did a lot of research for the character of Nikhil and got the book vetted by two counsellors. So far, the response has been positive.

How did you find this deep connect with disadvantaged children and acid attack survivors?

The connect with the disadvantaged has always been there, because I have seen life closely. We always had enough, but only enough. In my younger days, I had this ambition of breaking free and was fortunate enough to receive a subsidised education in a steel city, which supported this desire to break out. When I first entered the world of fashion, I saw only its glamour but working in the alleys with open drains where extremely expensive embroideries were produced by people whose craft brought them very little money, woke me up to the need to give back. This remained dormant till I first met Anouradha Bakshi and visited Project WHY ten years ago. The friendship with acid attack survivors came later as I started working on the novel. I met them during my research and have been in touch ever since. I hope to help set up the Stop Acid Attacks drive for education for acid attack survivors and their children.

What do you find uplifting about the city?

Its people. The food is amazing, too. A fair bit of it features in novel and those portions come from the many feasts in Delhi during my starved youth. So many people from all over the country migrate here in search of a job and imbibe its joie-de-vivre, its ability to brave the odds including all the traffic, the dust, the smog.

Youth Duped Of Rs 1.2 Lakh By Online Tantrik In Odisha