‘Darlings’ Release: #BoycottAliaBhatt Trends On Twitter, She Is Accused Of Promoting Domestic Violence Against Men 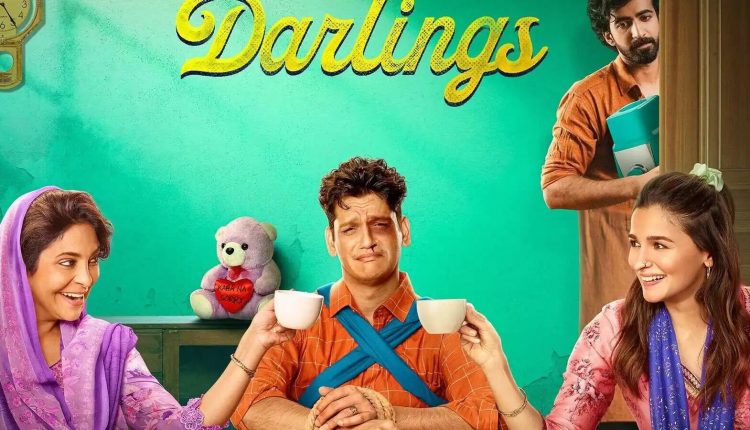 New Delhi: The hashtag #BoycottAliaBhatt has begun trending on Twitter just one day before the release of Alia Bhatt and Shefali Shah starrer ‘Darlings’ on Netflix. Along with Shefali Shah, Vijay Varma, and Roshan Mathew, she plays Badrunissa Shaikh, a victim of domestic abuse, in the movie.

Those who are slamming her on the Internet think that Alia’s most recent work is a plot that supports domestic violence against men. In ‘Darlings’, Vijay plays Hamza Shaikh, Badru’s husband, who beats her until she decides to exact revenge by kidnapping and torturing him in the home where they both reside.

The teaser depicts Alia’s character bashing her husband with a pan, dumping water on his face, submerging his face in a tank of water,  and constantly planning to treat him “exactly as he treated her” rather than killing him. In a brief video, Hamza is tied to a chair while Badrunissa beats him and administers shots to knock him out in retaliation for all the torment and violence she endured from him during their marriage.

Darlings is co-produced by Shah Rukh Khan’s Red Chillies Entertainment. The movie, made by Jasmeet K. Reen, will debut on Netflix on August 5.

No one , ready to watch bollywood movies…
So they use these cheap tactice to use the old topics…
But not ready to show the actual and reality of society…#BoycottAliaBhatt #boycottAliaBhatt.#DarlingsOnNetflix .#BoycottDarlings pic.twitter.com/bcELluKBK7

Everyone should #BoycottAliaBhatt for making a misandrist movie like Darlings. For bollywood, domestic violence on men is a matter of joke. pic.twitter.com/uGqUJyRUoX

#DomesticViolence the husband goes through when his wife files false cases on him. And then our legal system finds it as Dark Humour.#BoycottAliaBhatt pic.twitter.com/QamFEI88Cn

Body Of Video Editor Found On Rly Tracks In Bhubaneswar