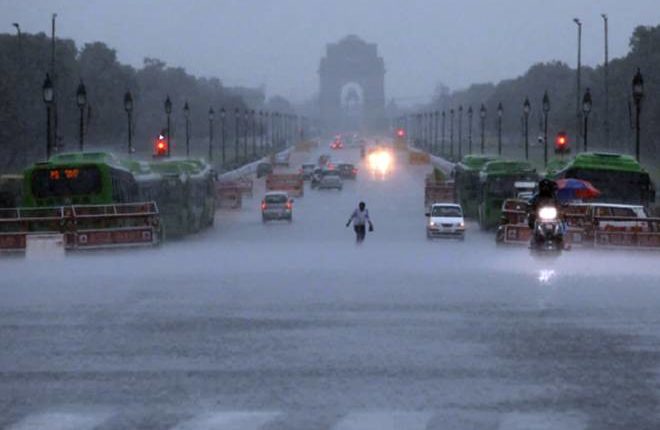 A body was found floating in water underneath the iconic Minto bridge of the national capital following the heavy downpour. The body was identified as a pick-up truck driver.

“I spotted the body while I was on duty at the tracks. I came down, swam and retrieved it. The body was floating in front of a bus,” Ramniwas Meena, a trackman working at New Delhi yard, told news agency ANI.

Another person, aged 55, was electrocuted in Jahagirpuri area of the national capital.

#WATCH Delhi: A bus got stuck in a waterlogged road under Minto Bridge following heavy rainfall in the national capital this morning. pic.twitter.com/OhwpyIU2Sz

The Safdarjung Observatory, which provides representative figures for Delhi, recorded 4.9 mm rainfall till 5:30am on Sunday. The Palam weather station gauged 3.8 mm precipitation.