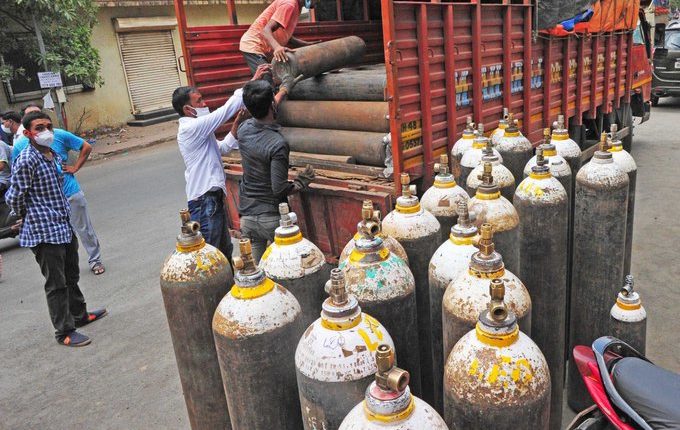 New Delhi: The Delhi government exaggerated the city’s oxygen requirement by four times during the peak of the COVID-19 second wave, a Supreme Court-appointed audit panel has reported.

“The Delhi government’s claim of 1,140 metric tonnes was four times the calculated consumption as per the bed formula, which was 289 MT only,” the panel said in its interim report.

The audit by the panel further revealed that due to Delhi’s excessive demand, 12 other states had to face a severe shortage of oxygen as supply was diverted to the national capital.

It also noted discrepancies in the data given by Delhi hospitals and red flagged four of them with fewer beds for claiming high consumption of oxygen. The Singhal Hospital, Aruna Asif Ali Hospital, ESIC Model Hospital and Liferay Hospital had few beds and their data was wrong; leading to exaggerated claims of oxygen needs in Delhi, the report said.

Notably, in April-May, as a lethal second wave of COVID swept through the country, several hospitals in Delhi sent out SOS for oxygen on social media and some even went to court.

The Supreme Court had ordered the Centre to supply 700 MT daily to Delhi though the Centre had argued that it was an inflated claim.