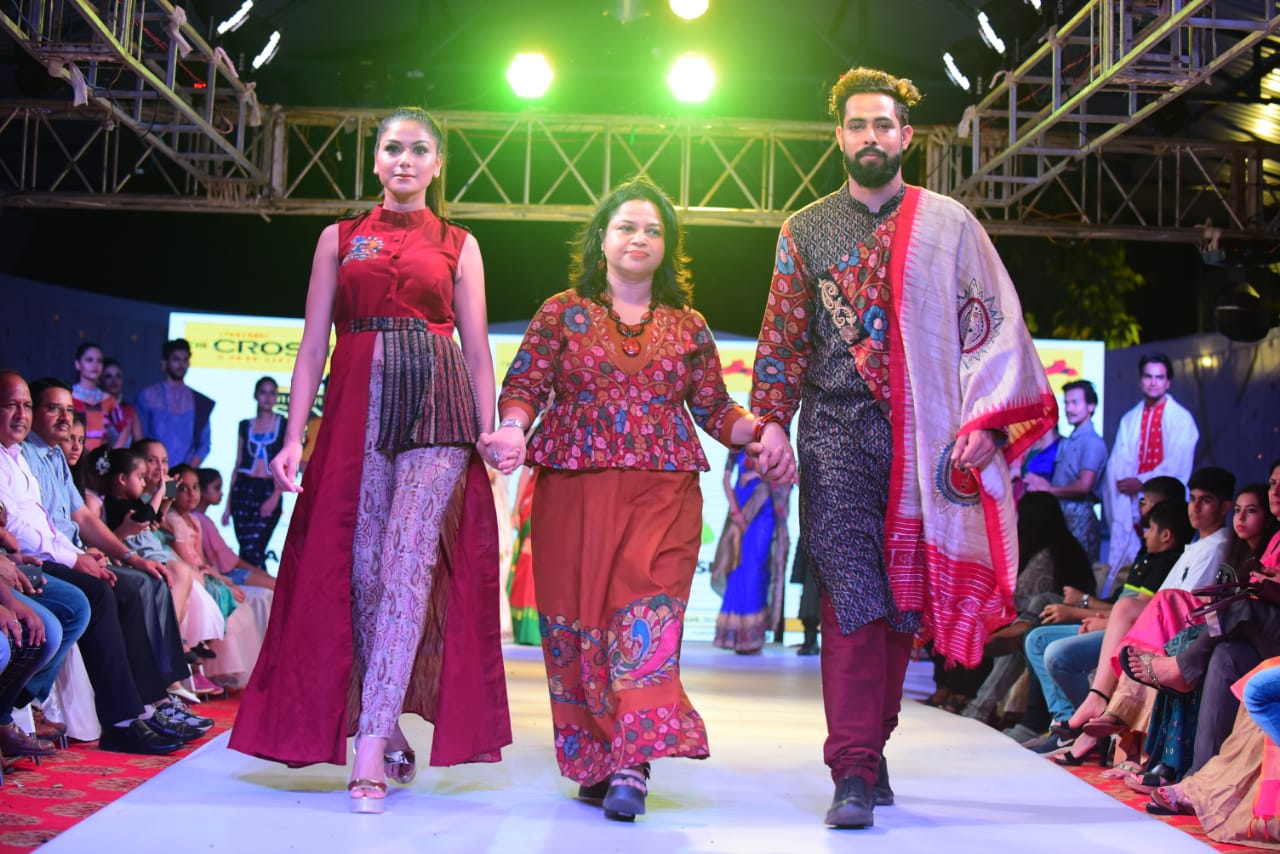 Jyoshna was the show opener of the two-day event with her traditional and classic collections. Following this, the students of INIFD, Bhubaneswar, walked the ramp with summery and colourful costumes.

Besides, designers from Delhi, Mumbai, Bhubaneswar, Rourkela, Sambalpur and a designer from Ollywood participated in the Rourkela Style Week.

“My theme in the event was ‘Magical Handloom’. Many people present there appreciated the handloom costumes. I always try to promote handloom,” said Jyoshna.

She also said, “We can promote handloom through these fashion shows. I am trying to find ways in which the new generation can be attracted towards handloom. They should realize it’s importance. We are giving new designs to costumes with the Odisha handlooms. We are making it fashionable. By wearing this, they can understand its comfort and benefit.”

The young generation has been observing the new designs of handloom in fashion shows and has been attracted towards them, said Jyoshna.

In this scorching heat, Sambalpuri costume is the best to wear, she said. Sambalpuri dresses are also in demand now, she added.

Sambalpur-based Sakshi Handloom also showcased skirts and evening gowns, which were made of Samalpuri dress materials.

The NextXen event management company organised the ‘Rourkela Style Week’ for two days at Brahmani Club in Rourkela from June 1.

Campaign Against Overuse Of Plastic