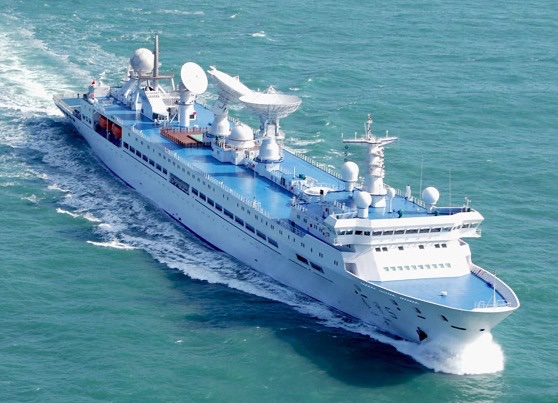 Described by international shipping and analytics sites as a research and survey vessel, India considers the Yuan Wang 5 vessel to be a dual-use ‘spy’ ship.

New Delhi has been suspicious of Beijing’s increasing presence in the Indian Ocean as well as influence in Sri Lanka. The Indian government’s concern is that the Chinese ship could spy on New Delhi’s military installations, officials said.

The Yuan Wang 5 vessel had been cleared a month ago to dock at Chinese-run Hambantota port in Lanka on August 11. Because of India’s reservations, however, Sri Lanka asked Beijing to indefinitely defer the ship’s visit.

But on Saturday, Sri Lanka’s harbour master Nirmal P Silva said that he had received Foreign ministry clearance for Yuan Wang 5 to dock at Hambantota from August 16 to 22.

“The diplomatic clearance was received by me today. We will work with the local agent appointed by the vessel to ensure logistics at the port,” AFP quoted Silva as saying.

According to port officials, the Chinese vessel was around 1,000 km south-east of Sri Lanka as it headed towards Hambantota deep sea port, which Sri Lanka has leased to China for 99 years for $1.12 billion.

Sri Lanka has been in political turmoil as it faces the biggest economic crisis.

A new government has taken charge after former president Gotabaya Rajapaksa fled following months of protests. Ex-PM Mahinda Rajapaksa (Gotobaya’s brother), who borrowed heavily from China when he was President from 2005 to 2015, resigned after fleeing to Singapore.