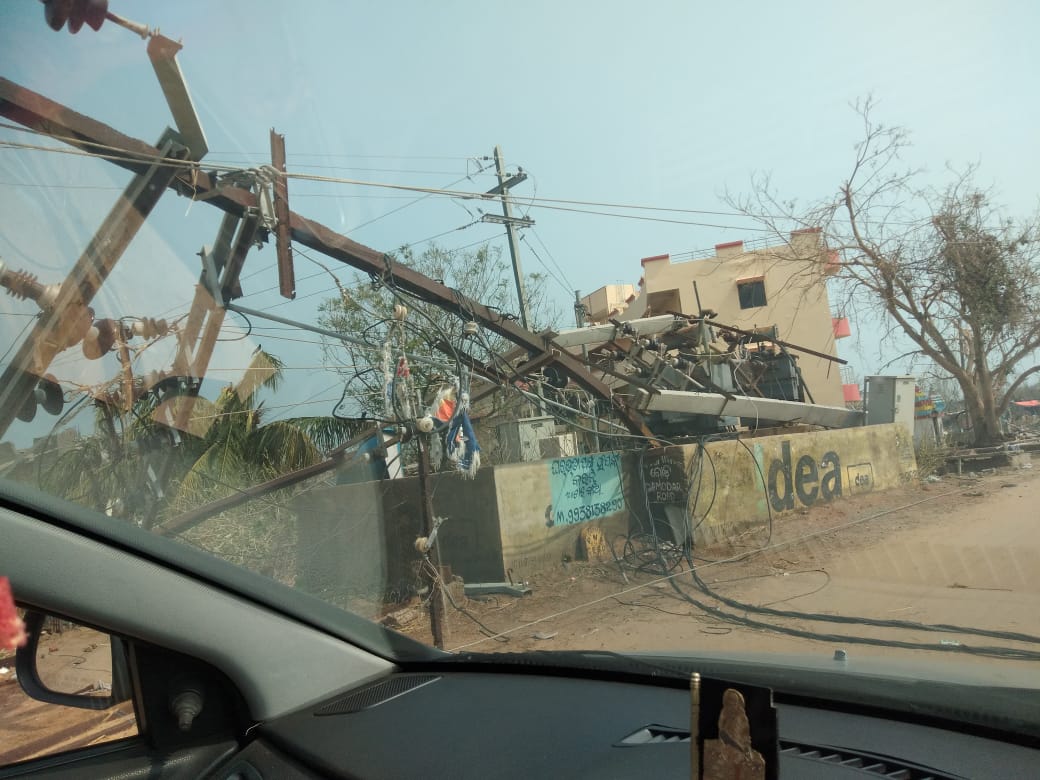 Bhubaneswar: The extremely severe cyclone storm, ‘Amphan’, has left behind a trail of devastation in Jagatsinghpur, Kendrapara, Bhadrak, Balasore and parts of Mayurbhanj.

About 44.80 lakh people of 1500 panchayats in 89 blocks have been affected by the cyclone. While Dhamra in Bhadrak district was battered by the cyclonic wind blowing at a speed of 120 km per hour, Paradip recorded around 100 kmph.

The ravaging cyclone uprooted a large number of trees including big ones blocking the roads in many districts. Extensive damage to houses made of mud, tin and asbestos was also reported.

The power supply has been snapped as the electricity poles were twisted, bent or uprooted. The substations have been smashed under the heavy weight of uprooted trees and electricity wires cut to pieces and mangled. Around 115 33KV feeders, which supply power to 34 lakh consumers, were damaged by the cyclone.

Three deaths were reported from Kendrapara, Balasore and Bhadrak districts due to the cyclone. A three-month-old infant died after the wall of his family’s kutcha house collapsed in Bhadrak district.

A woman of Bhogarai block in Balasore district died after an electricity pole fell on her. The woman had come out of her house for some work when the incident took place. In Kendrapara district, a woman who had gone out fishing drowned to death.

Sporting Activities To Resume With Strict Adherence To These Guidelines