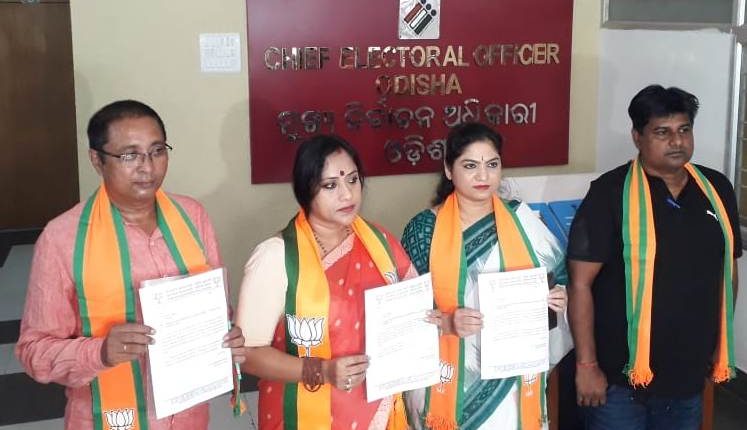 Bhubaneswar: Accusing the ruling BJD of resorting to cash for votes, the BJP on Monday demanded the chief electoral officer to freeze the bank accounts of all SHGs in Dhamnagar Assembly constituency till the byelection to the seat is over.

A delegation of Odisha unit of BJP led by general secretary Lekhashri Samantsinghar made this demand in a memorandum submitted to the chief electoral officer (CEO) of the state. It alleged that the BJD was distributing money through SHGs to influence the voters.

The BJP said it is common knowledge that the ruling party has been misusing the official machinery through different means in the elections. There were reports of the BJD distributing cash transported in ambulances and police vehicles in earlier elections. This time, it has gone a step further and was using the bank accounts of self-help groups to give money to the voters, the opposition party added.

“The BJD is organising the meetings of SHGs under the Mission Shakti programme and engaging government employees engaged in election work to distribute money among them to give to the voters. Though the BJP had drawn the attention of the CEO to similar incidents during the last panchayat and civic body elections and Brajrajnagar byelections, no preventive step was taken to check the ruling party,” the BJP memorandum said.

Stating that free and fair byelections to Dhamnagar cannot be ensured in the present circumstances, the BJP demanded the CEO to freeze the bank accounts of the SHGs in the constituency.