Dhoni To Serve With Army In Kashmir 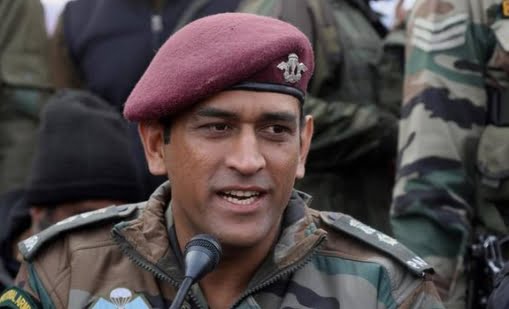 Former India cricket captain and Lieutenant Colonel (Honorary) MS Dhoni is going to be part of Victor Force of the Indian Army which will be deployed in the Kashmir valley.

Dhoni will be staying with the troops of 106 TA Battalion (Para) and will take up patrolling, guard and post duties from July 31 to August 15.

Dhoni was awarded the honorary rank of Lieutenant Colonel in the Territorial Army unit of the Parachute Regiment (106 Para TA battalion) in 2011. He has qualified as a paratrooper and has also completed five parachute training jumps from Indian Army aircraft in Agra.

Dhoni has taken a two-month break from cricket and will not be attending the upcoming West Indies tour.