Durga Puja Delight: Ollywood Movie ‘This is Maya re Baya’ All Set For Release 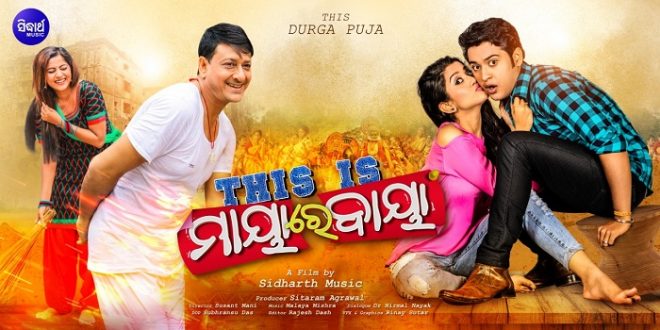 Bhubaneswar: What can be better than a Durga Puja release to rake in the moolah? Ollywood producers are doing exactly that. Many movies are slated to hit the screen soon.

Among the first is ‘This is Maya re Baya,’ a heady mix of comedy and romance. This is Sidharth Music’s 27th film. It features Sidhant Mohapatra, Jhilik, Swaraj and Elina.

The audience will get to watch the on screen romance between Sidhant Mohapatra and Jhilik, Swaraj and Elina.

All the songs of the movie were recorded in the Sidharth studio.

The Susant Mani directed  has been produced by Sitaram Agrawalla and Namita Agrawalla.

Likewise, Ollywood’s chocolate hero, Babushaan Mohanty is all set to sizzle the silver screen this Dussehra as ‘Mr Majnu’. The film has been produced under the banner of Tarang Cine Productions.

Odia Rom-Com ‘This Is Maya Re Baya’ Released

‘Love U Jessica’ Premiered Prior To Theatrical Release