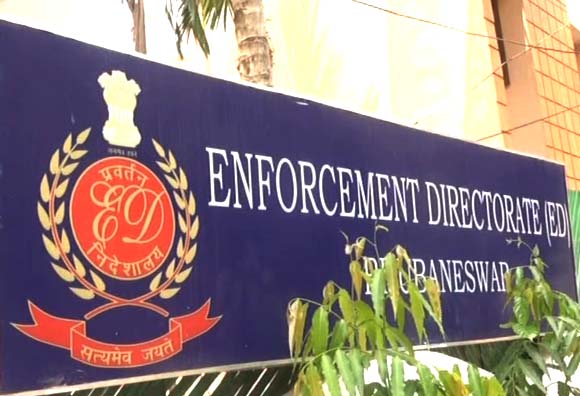 Bhubaneswar: The Directorate of Enforcement (ED) has provisionally attached movable and immovable assets worth Rs 1.05 crore of a former bank official of Odisha’s Cuttack city for his alleged involvement in a fraud case.

According to an official release of ED on Monday, the Directorate initiated money laundering investigation on the basis of an FIR registered by ACB, CBI, Bhubaneswar under various sections of Indian Penal Code, 1860 and Sections 13(2) r/w 13(1) (d) of Prevention of Corruption Act, 1988.

The case was registered against Bedabyas Barik, the former head cashier of Bank of Maharashtra, Cuttack, who allegedly defrauded Sukanti Barick, wife of Bijaya Ketan Barick, a New Delhi-based person to the tune of Rs 4.78 crore on the pretext of investing her money in various investment schemes of the bank.

The investigation revealed that the bank cashier cheated Sukanti by resorting to forgery/criminal breach of trust in the matter related to investments in the schemes of Recurring Deposit (RD) and Fixed Deposits (FD) by abusing his official position during 2008-2012.

Barik furnished fake RD receipts/FDRs in lieu of the money received from the complainant and used the amount to acquire illegally various assets. Accordingly, the properties acquired by the accused using the proceeds of crime have been attached under Section 5 (1) of PMLA, 2002. The attached properties include balances under eight bank accounts and four land parcels and one flat each in Bhubaneswar and Cuttack.

Further investigation is under progress.