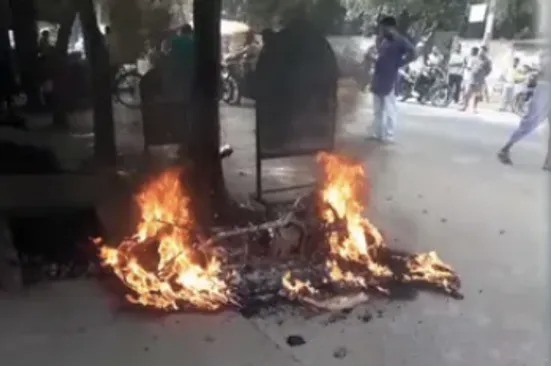 Sonepur: An electric scooter was reduced to ashes following an explosion in its battery in front of Ulunda block office in Odisha’s Sonepur district on Monday morning.

According to sources, the battery exploded after Rabi Narayan Senapati of Ulunda parked the two-wheeler in front of a shop and went to make some purchases. The scooter went up in flames and was charred before firefighters reached the spot. The reason behind the explosion is yet to be ascertained.