Electric Scooter Prices Slashed By Up To 33 Per Cent!

Hero Electric, one of the largest electric two-wheeler makers in India, has cut prices by 12 per cent for single battery EVs and 33 per cent for bigger multiple battery models.

Hero Electric CEO Sohinder Gill welcomed the move and said that the revision in subsidies “is just the move the industry needed to drive adoption of electric vehicles”.

Despite the pandemic Hero Electric had one of its best years in terms of sales in 2020, he informed, adding that this is testimony that the market is ready for a major push towards cleaner mobility.

Here are the new prices of electric two-wheelers in India: 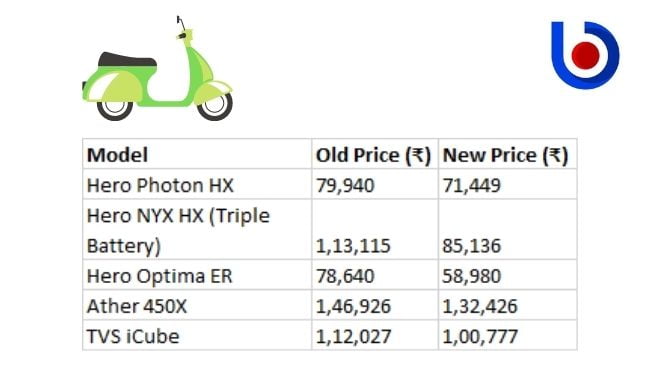 The EV segment is definitely heating up. Ola, which is setting up the world’s largest two-wheeler factory near Chennai, announced on Friday that it is going to launch its electric two-wheeler soon.

Time to order some paint! What color would you like on the Ola Scooter? Already got you covered for Black! What else? @OlaElectric pic.twitter.com/NXMftKJrrq

Odisha’s First Delta Plus Case From Deogarh; Are Vaccines Effective Against This Variant?