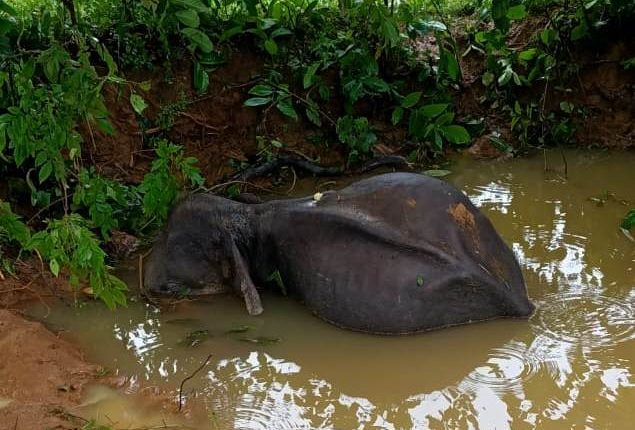 Dhenkanal: In another elephant death in Odisha, a calf was found dead in forest areas of Dhenkanal district on Thursday.

The locals of Kankili village under Muktapasi range in the Kamakhyanagar first spotted carcass of the elephant calf near a pond on the outskirts of the village close to a forest and informed the Forest officials.

On checking the carcass, the Forest officials estimated its age to be four years. From preliminary investigation, they suspected that the calf might have died during a fight among adult elephants. But the exact cause of the calf’s death could be ascertained after getting post-mortem report, the Forester of Muktapasi range told the media.

The team of Forest officials has camped at the spot, keeping a watch on the carcass. The veterinary team had not arrived for examination, said sources.

It may be noted that 3 elephants have died after sustaining gunshot wounds in Narasinghpur forest range in Cuttack district in the last two months.