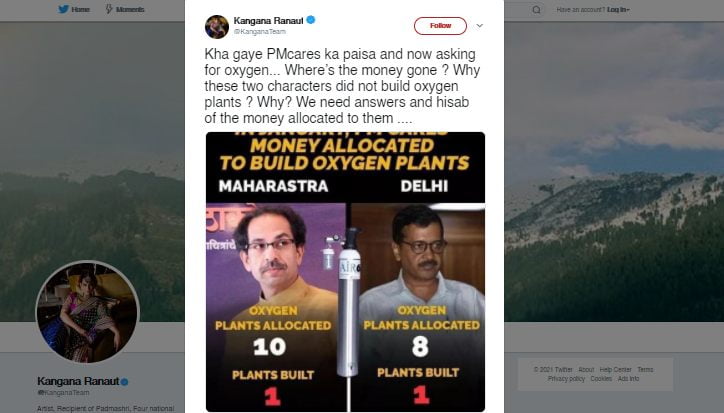 Amid blame-game on building oxygen plants from PM-Cares fund, here’s what has happened.

The Centre had floated tenders to set up Pressure Swing Adsorption (PSA) oxygen plants in district hospitals and a central agency under the Union Health Ministry was given charge of it, the Scroll reported.  The Central Medical Services Society had floated this tender on October 21, 2020 for 150 PSA oxygen plants across 14 states, with 12 added later on. The funds were supposed to come entirely from PM-Cares, or the Prime Minister’s Citizen Assistance and Relief in Emergency Situations fund.

The Kejriwal govt has asserted that the Central agency, which selected the vendor, is responsible for the delay. The vendor has reportedly “run away”.

“We are shocked to learn that the Centre is now making the excuse of site certificate not being available from Delhi government as a reason for a delay in plants. This has never been brought to the Delhi government’s notice and is an outright lie,” the state government said.

The state government also said these plants take only 3-4 days for installation after the initial set-up is ready. The selected vendors were responsible to do the installation. The vendors, in turn, have blamed the hospitals for not readying the necessary  infrastructure such as pipelines to the beds.

It is to be noted that the state government had to ensure that the civil and electrical works were completed, and a readiness certificate was to be provided by the district hospitals to the vendor.

So far, only 33 of the 162 PSA oxygen plants have been installed.