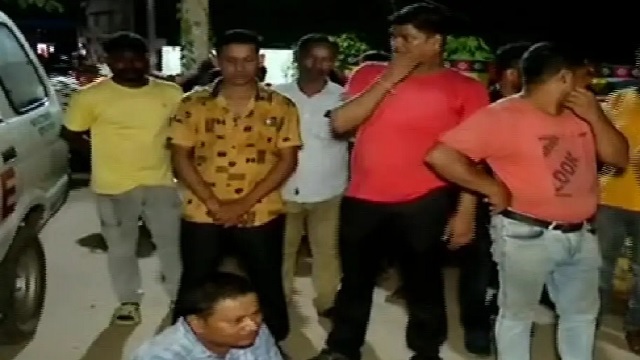 Balasore: The family of a Class X student has lodged a police complaint against his school principal after the boy was found dead near a railway track in Odisha’s Balasore.

The boy’s father, Santosh Gupta, has also named a teacher and a classmate in his complaint. He staged a dharna in front of the school gate alleging that the school authorities were responsible for his son’s death.

He alleged that one of the boy’s classmates had assaulted him a few days ago but no action was taken by the school even after his son complained about the incident to the principal.

The boy went to school the following day but did not return home. Subsequently, his body was found near a railway track near the school on Tuesday.

“My son died because of his classmate and negligent attitude of the school authorities,” Gupta was quoted in a media report as saying.

Meanwhile, the school authorities denied the allegations. “There was an altercation between students outside the school campus around five days ago. Our teachers intervened and pacified the duo. We are not aware of the subsequent developments which might have taken place outside the campus,” school administrative officer Jitendra Mishra was quoted in the report as saying.