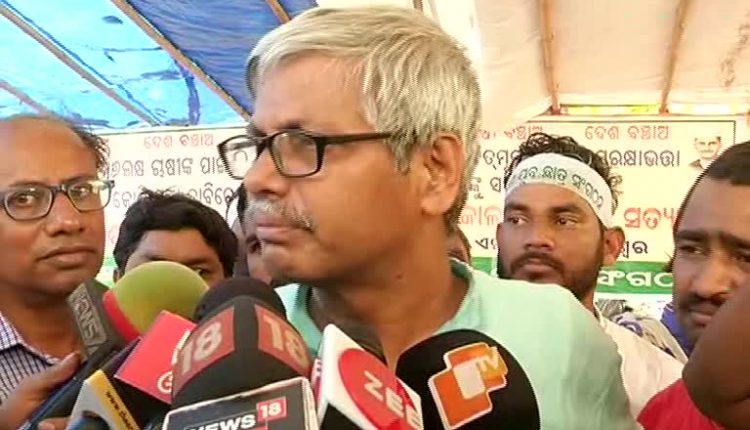 Bhubaneswar: The Naba Nirman Krushak Sangathan has decided to boycott the ensuing Assembly and Lok Sabha polls, in protest against Odisha government’s “gross apathy” towards farmers. The Sangathan will also resort to civil disobedience across the state from Saturday.

Talking to journalists here on Friday, Sangathan national convener Akshay Kumar said farmers will not allow entry of polling parties and electronic voting machines (EVMs) into villages and even block entry of polling vehicles by lying down on the road. “A universal resolution on this matter will be adopted in every village from tomorrow and the suggestions of the people will be sent to the Election Commission and the President of India,” he said.

Kumar also said that the Sangathan has decided to take out a series of rallies in the state on the eve of the elections.

Girls Will Receive Free Education If Cong Voted To Power in Odisha: Rahul

Watch: Picnic Bus Goes Up In Flames In Mayurbhanj

Vote From Home: ‘Remote’ Facility Likely To Be Available By…