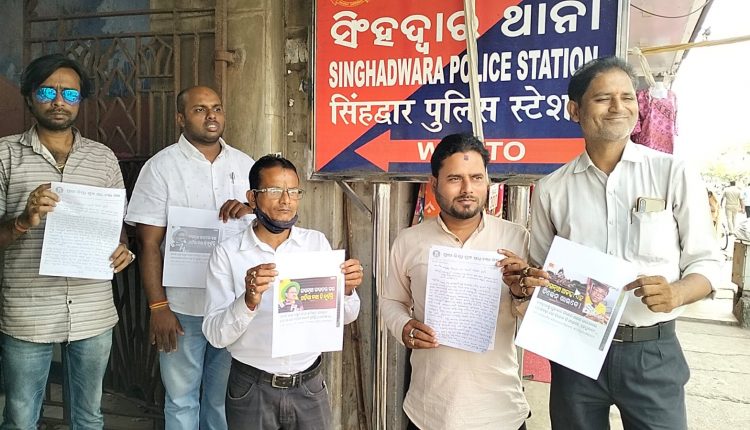 Kharabela Nagar Police on Wednesday arrested 8 persons on charges of forcibly barging into Lohia Academy in Odisha capital and attacking rationalists for organising a feast during a lunar eclipse.

Bhubaneswar: On a day when police arrested 8 persons for attacking rationalists during a biryani feast on the day of lunar eclipse, the ritualists filed a complaint against the former for hurting their sentiments on Wednesday.

A group of women filed the complaint at the Capital police station alleging that the rationalists had hurt the religious sentiments of the Hindus by terming the age-old practices of abstaining from food during the lunar eclipse as blind belief. They (rationalists) were attempting to demean Jagannath culture, they added.

Stating that the negative statements and activities like organising non-vegetarian feast during the lunar eclipse were an affront to the belief of crores of Sanatana dharma followers, the complainants demanded necessary legal action against the people who were trying to divide the society.

Another group of ritualists has also filed a similar complaint against the rationalists at Kharavelnagar police station in the city.  “It is a deliberate attempt to destroy my religion and believes. A powerful lobby is motivating these people to resort to such negative campaign against Hinduism. Their sole aim is to draw a bad picture of Sanatan Dharma by terming its practices as blind belief,” said Subasini Prusty, one of the complainants.

Similarly, two groups of rationalists and ritualists have filed complaints against each other at Badabazar police station in Berhampur. An advocate has also lodged a case at Khallikote police station against rationalist and deputy director of Pathani Samant Planetarium in Bhubaneswar for criticising Hindu rituals during the lunar and solar eclipses recently.