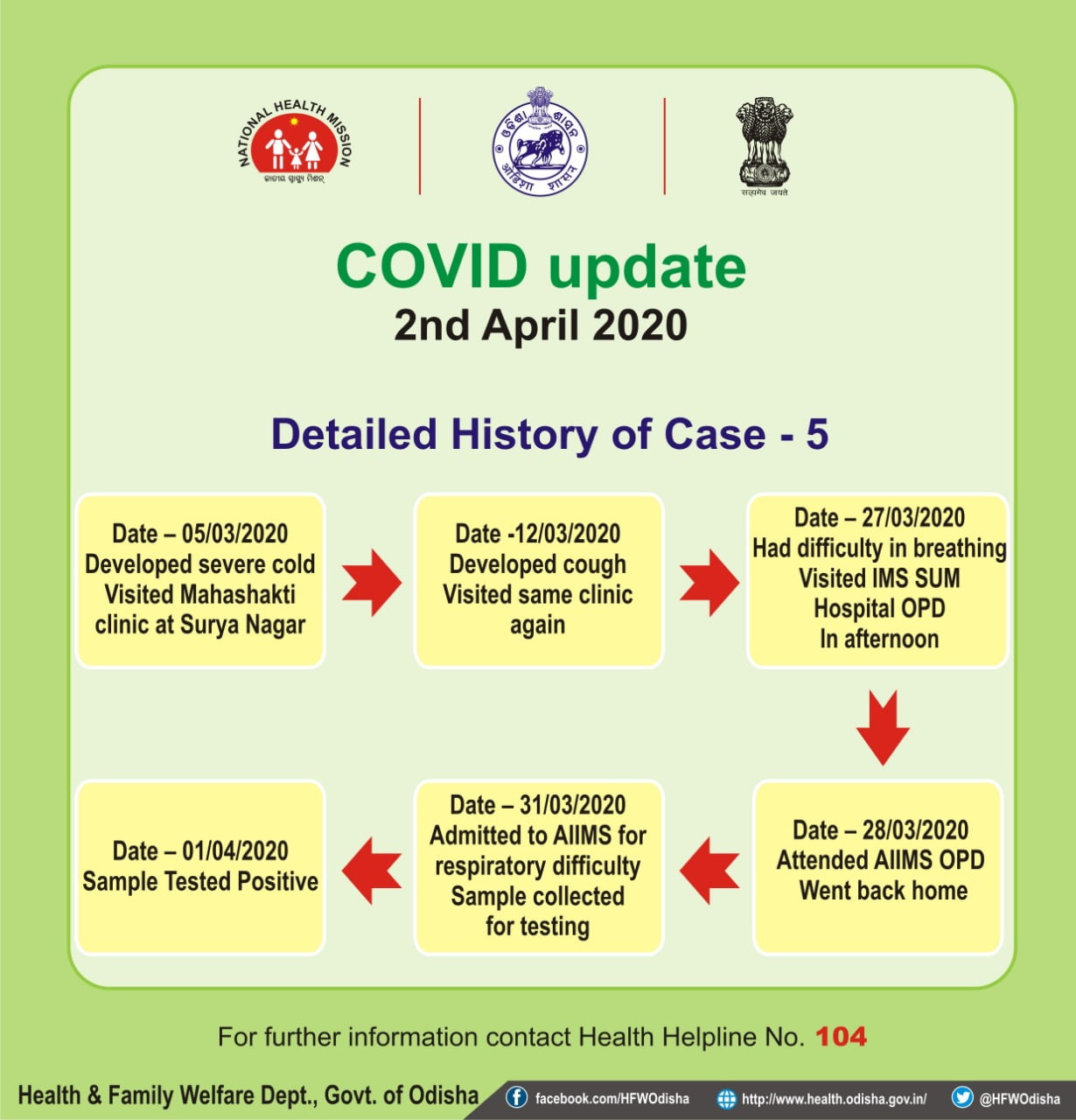 Bhubaneswar: The Health and Family Welfare Department on Friday informed that the 5th COVID-19 patient had visited a clinic and SUM hospital before being admitted to AIIMS-Bhubaneswar, where he was diagnosed with the infection.

The patient had gone to Mahashakti clinic at Surya Nagar on March 5 as he was suffering from acute cold. He visited the clinic again on March 12 for chronic cough, the department tweeted.

Following difficulties in breathing, the patient then consulted a doctor at the outpatient department (OPD) of the SUM Hospital on March 27 afternoon. As the breathing problem persisted, the 60-year-old man went to the OPD of AIIMS, Bhubaneswar, on March 28. He was admitted to the hospital on March 31 for respiratory difficulties.

The same day, the AIIMS authorities collected blood and swab samples of the patient and the report received on April 1 confirmed that he had contracted the virus, it added.

On the basis of the travel history of the patient, the special surveillance teams in Bhubaneswar have intensified their efforts to identify the persons who had come in contact with him.

Notably, the Odisha government on Thursday asked people with flu symptoms not to visit hospitals and instead dial 104 for help.

Another COVID-19 Patient In Odisha Recovers