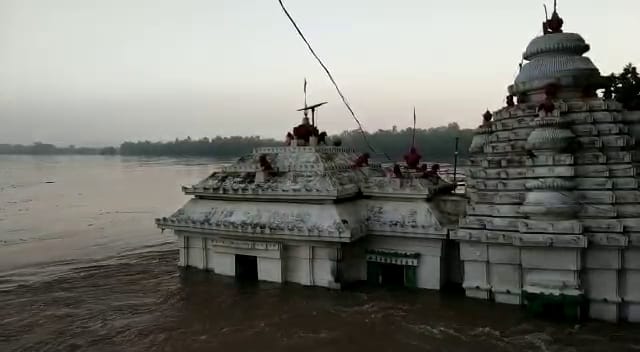 Cuttack: The temple administration and servitors relocated the presiding deity of Maa Bhattarika Temple at Narasinghpur here on Saturday. The decision was taken so that the daily rituals don’t get disrupted.

Incessant rain in both upstream and downstream triggered flash floods in Mahanadi and has resulted in the entry of floodwater inside the iconic ‘shakti peeth’.

According to sources, over eight feet high flood water gushed into the temple.

Floodwater inundated vast areas of Banki, Badamba and Tigiria blocks and had entered the sanctum sanctorum of Maa Bhattarika temple in Badamba block on August 27.