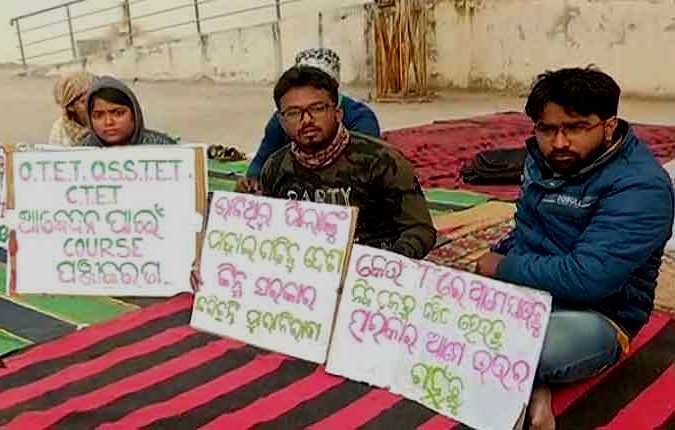 Balasore: The B.Ed and M.Ed students of the Fakir Mohan University in Balasore went on an indefinite dharna inside the office premises of the district collector on Tuesday, demanding the state government to allow them to sit for the Odisha Teachers’ Eligibility Test (OTET).

Protesting against the apathy of the state government towards their demand, the agitating students had begun a rally to Bhubaneswar on November 5 and meet the minister and officials concerned to redress their grievances. They called off the agitation following assurance from the district collector and SP to fulfil their demands in three days.

When the state government did not take up their case, the irate students staged a dharna at the collector’s office.

Though the district collector met the students on Wednesday and requested them to withdraw their agitation, they declined and demanded a written assurance from the government.

Talking to the media, the students said that if the state government was not willing to allow them to sit for the OTET, then why B.Ed and M.Ed courses were introduced at FM University.