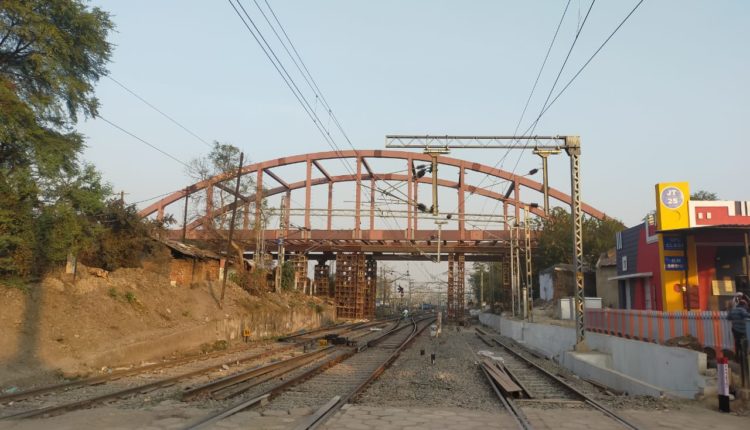 Sambalpur: For the first time in Odisha, a 60-metre bow string girder was launched by the construction wing of East Coast Railway (ECoR) at a road over bridge (ROB) near here on Thursday.

The team of chief project manager (CPM) of construction wing of the ECoR completed the job with accurate planning despite a lot of constraints and difficulties. This is for the first time that such type of girder was launched in the history of Odisha, according to an ECoR release.

The ROB at Khetrajpur is constructed instead of special class level crossing which is highly congested and has a Train Vehicle Unit (TVU) of 413708 units. The span above the Railway track is 60m while the approach spans are 24m on both sides.

On completion, the ROB is expected to bring huge relief to the commuters at the level crossing of Khetrajpur area. This will facilitate movement of traffic from Remed Chowk to Khetrajpur. The foundation stone of ROB was laid in August 2017.