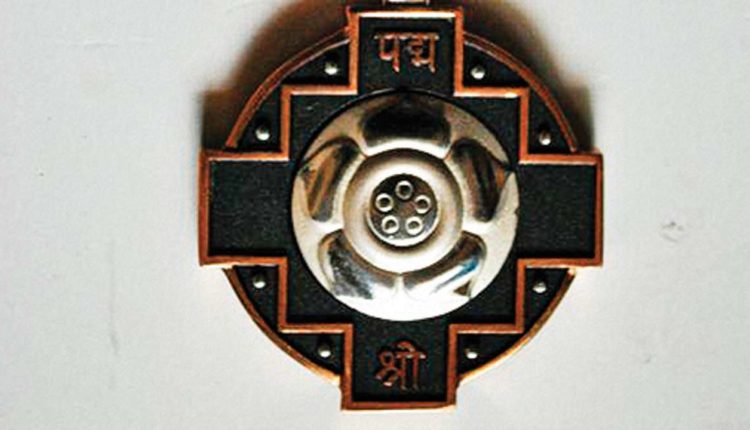 Bhubaneswar: The Padma Shri Award nominees from Odisha this year are anything but passionate about their work in their respective fields. One such man serving the society selflessly is Nanda Kishore Prusty of Jajpur district.

Popular as ‘Nanda mastre’ in Kantira village under Sukinda block of Jajpur district, the 98-year-old is Class VII pass out. Well, the lack of certificate did not stop him from showering others with knowledge.

Children as young as 4 and elders who could not pursue education in their childhood are his students.

At the break of dawn, children walk to a bamboo and straw structure where the ‘Mastre’ is waiting to greet his students. Well, the timing of kids and elders do not clash, and he is particular about it. Kids have their class for three hours from 6 am and for elders its two hours from 6 pm.

On a mission to spread literacy, he ventured on this path in 1948. Ever since, he has not charged a penny for teaching. The idea to educate elders struck as he wanted to make them literate and capable of signing and reading when they are out on daily chores.

How did it all start? Prusty wanted to pursue higher studies and join a government job in pre-Independent India but his father was not willing. “When I completed primary education (Class 7), my uncle arranged a job at Cuttack. But my father was reluctant. The financial condition was not good and I helped out my father in farm work,” said the nonagenarian to The New Indian Express.

This is when he decided to educate as many people as he can in his free time after agricultural work. The mission he started on when was barely 26 continues to this day.

His open air school still buzzes with activity at every dawn and dusk. The Padma Shri recognition for his self-less service sends out a message that if a man desires, he can change the world.