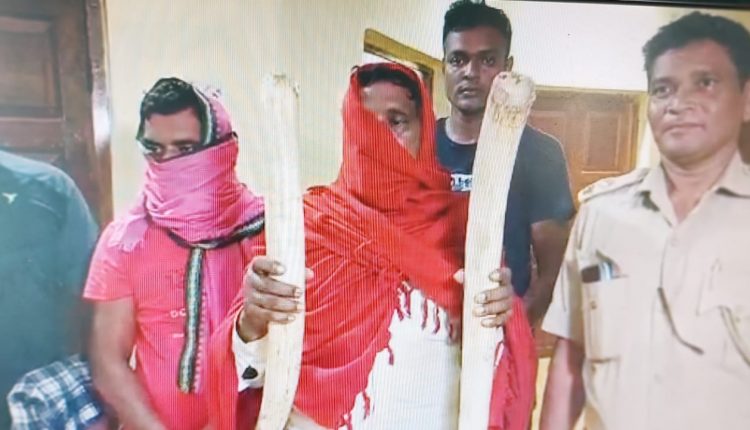 The accused are Dhaneshwar Meher of Sadar village in Sinapali block, Manoj Meher of Gantabahali village and Nuakhau Bagh and Chitrasen Bagh of Turchi village in M Rampur in Kalahandi district.

Divisional Forest Officer, Khariar, Vivek Kumar said acting on a tip-off that Manoj and Dhaneshwar were waiting for a customer to sell leopard nails in Kapasi village, team of forest officials led by ACF Shiv Prasad Rath reached the spot and nabbed them.

On checking the mobile phone of Manoj, forest officials found an elephant photo after which he revealed details of poaching. It was found out that the racket was spread till roots in Kalahandi district.

Further investigation led to the arrest of  Nakhua and Chitrasen of Kalahandi district who possessed the ivory. Besides two tusks, 42 leopard nails were also seized from them.

The two tusks weigh 6 kg and 200 grams, said the DFO. The ivory trade has Chhattisgarh connection and an inquiry into this aspect is also on, he added.