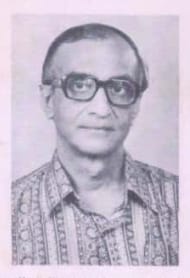 Bhubaneswar: Former Chief Secretary of Odisha B Venkataraman breathed his last in a private hospital in New Delhi on Tuesday. He was 95.

A 1950-batch IAS officer, he was chief secretary for a month from February 29, 1980, to March 29, 1980. He succeeded S M H Burney while S M Patnaik replaced him. He had also served as secretary, Ministry of Tourism and Civil Aviation, New Delhi.

Venkataraman was an authority on Chola History and Architecture and had co-authored a book ‘Later Chola Temples’ with his father, S R Balasubrahmanyam. A Doctor of Literature, he has several books to his credit, including ‘Laddigam: A Later Chola Temples’, ‘Temple Art under the Chola queens’ and ‘Rajarajeswaram-the pinnacle of Chola art’ on the Thanjavur Brihadeeshwara temple.

He had facilitated refurbishing of Museum and Manuscripts Library in Bhubaneswar, and renovation and conservation of Lakhmanesvar, Satrughesvar Bharatesvar temples.

He is survived by his wife and dance critic Leela Venkataraman, son and a daughter.

Govt Likely To Postpone Make In Odisha For COVID-19