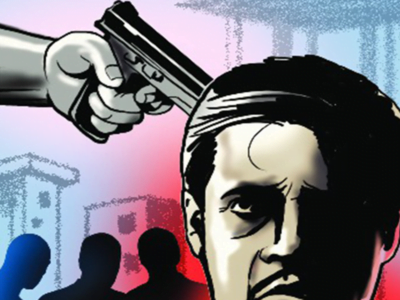 Cuttack: Even as gangster Sakil is lodged in jail, his gang members are carrying on criminal activities in the city. Four of them were arrested in an extortion case on Wednesday.

According to the police complaint filed by businessman Mir Mohammad Raja (33) of Pension Lane in the city, Md. Asif alias Pintu of the area and Dilnawaj Khan (28) alias Chiku of Deewanbazar approached him in his mobile phone accessories shop in the locality on August 13.

The two took Raja to a secluded place and asked him to talk to a person over a mobile phone. The person, who identified himself as Sakil, demanded Rs 10,000 from him. As Raja expressed his inability to pay the amount due to poor business amid COVID-19 situation, Pintu and Chiku threatened him at gunpoint. They also warned him of exploding bombs in his shop and eliminating his family members.

Police also seized a country-made pistol, a scooter and five mobile phones from their possession.

Sakil, who is lodged in Keonjhar District Jail under NSA, is operating the gang for extortion from behind the bars, police sources said.