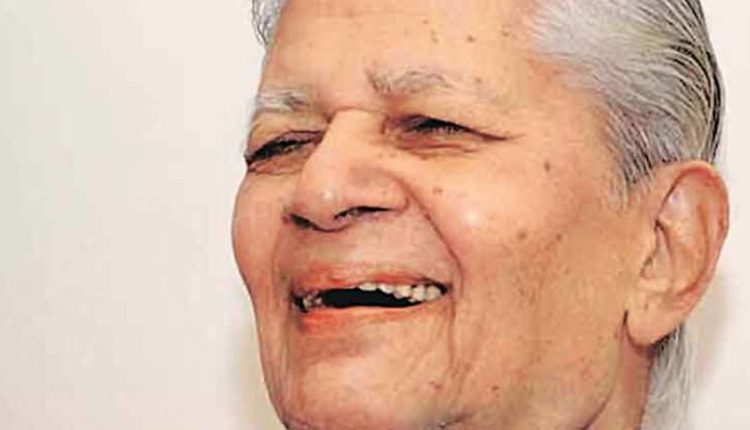 Ahmedabad: Madhavsinh Solanki, veteran Congress leader and former External Affairs Minister of India, passed away on Saturday at the age of 93. The four-time chief minister of Gujarat was Congress’s longest-ruling chief minister in the state. Solanki was last seen in public three years ago when he met Congress leaders on his birthday.

His funeral is likely to be held after his son Bharatsinh Solanki, who is also a former union minister, returns from the US, said family sources.

Prime Minister Narendra Modi took to Twitter to condole Solanki’s demise. “Shri Madhavsinh Solanki Ji was a formidable leader, playing a key role in Gujarat politics for decades. He will be remembered for his rich service to society. Saddened by his demise. Spoke to his son, Bharat Solanki Ji and expressed condolences. Om Shanti,” he tweeted.