From Sholay To Baghbaan, Holi Has Given A Twist To Bollywood Plots 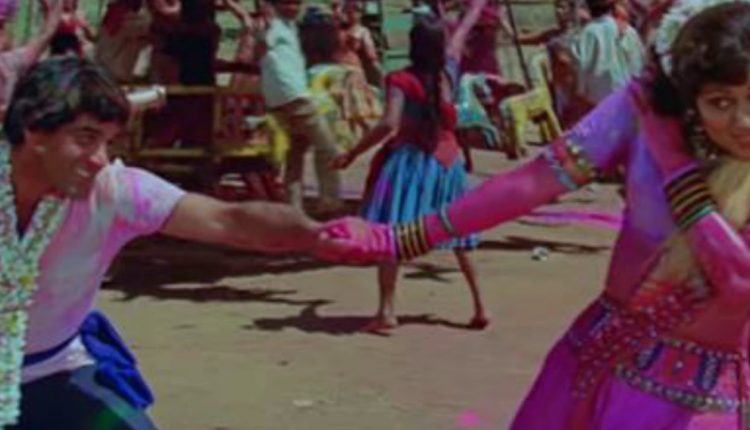 New Delhi: All the peppy Holi numbers from Bollywood movies that we play year after year are testimony to the intrinsic role the festival has played in the Hindi film industry. Apart from encapsulating the joyous spirit of the festival, the songs that appear just before the interval add an element of suspense to the plot and turn it around in the second half of the movie. At least that’s how it has been in most of the movies.

The most iconic of all such plots of course is the Holi sequence in the blockbuster ‘Sholay’.

Sholay: Who can forget the joy di vivre of Holi ke din dil khi jaate hain? The gunshots as soon as the vivacious song ends and eerie silence unravel the whole story in flashbacks and give us answers behind Thakur’s rage.

Silsila: Rang Barse bheege chunar wali… from Yash Chopra’s classic is immemorable because it changes the whole equation of relationships in the movie and brings certain unsettling realities to the fore.

Damini: This movie takes a serious turn after the Holi sequence when the heroine witnesses her maid being raped by her brother-in-law and his friends.

Mohabbatein: In this movie, Holi is a harbinger of a change for the better with the hitherto not-bending character of Amitabh Bachchan bending to get a gulal tika from Shah Rukh Khan.

Goliyon ki Rasleela – Ramleela: The chemistry between the lead couple in the Holi sequence in this movie translated into marriage in real life!. What more can one say!

There have been many other such movies in the past with Holi giving a twist to the story such as ‘Yeh Jawani Hai Deewani’, ‘Waqt’, ‘Baghbaan’ and much before that the 1973 movie ‘Phagun’ starring Waheeda Rehman, Dharmendra and Jaya Bhaduri.