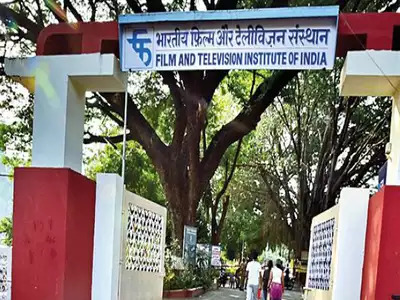 Pune: A final-year student of Film and Television Institute of India (FTII) was found dead in his hostel room on Friday.

The 32-year-old Ashwin Anurag Shukla, from Goa’s Salvador do Mundo, was studying cinematography. He belonged to the 2017 batch, reported The Indian Express.

Police personnel arrived at the scene after being alerted at 9 am by FTII security officers, who received reports that a hostel room, locked from inside, was not being opened after repeated requests.

“A police team reached the hostel room immediately. Peeking in from the window above the door, the police saw the boy lying unconscious. Upon opening the door, it was ascertained that the death may have occurred a few days ago,” said Murlidhar Karpe, senior Police Inspector, Deccan Police Station.

The body has been sent for post-mortem procedure.

Police have launched an investigation in the case. Though it’s too early to ascertain the cause, police think it’s ‘likely suicide’.

However, some fellow students are not so sure and feel there could have been foul play involved.