Ganja Seized While Being Smuggled To Rajasthan In Odisha’s Rayagada 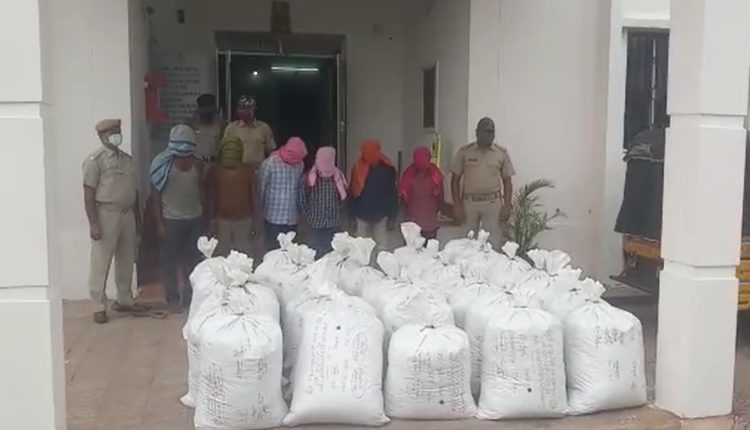 Rayagada: Police seized 7.8 quintal of ganja while the contraband was being loaded in a truck to be smuggled to Ajmer in Rajasthan on Sunday.

On a tip-off, police raided a place at Dhepaguda village in the district and found the ganja packed in plastic bags getting loaded in a truck. The contraband was estimated to cost around Rs 78 lakh.

The police have arrested six persons and seized a truck, a tractor and an autorickshaw from the spot.

According to police sources, the arrested persons included 4 local traders, truck owner and driver. The truck was carrying ferro-nickel from Visakhapatnam to Ajmer, they added.

Muniguda SDPO said further investigation is going on to ascertain involvement of other persons in the smuggling.