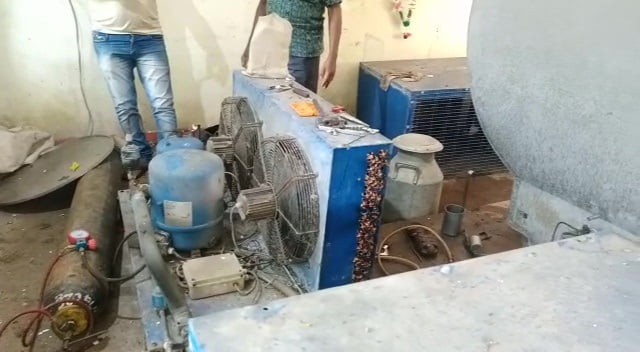 The injured have been admitted to Koksara government hospital.

Sources said the accident occurred when a gas pipeline repair work was underway at the plant to seal a leakage in the refrigeration compressor pipeline of the chilling plant.

The leakage was found in the refrigeration pipeline a few days back and three workers were called from Cuttack and Balangir to repair it. The trio was welding the pipeline when the blast occurred.

The injured are mechanics and are residents of Balangir. They were rescued by Fire Service personnel who brought the leakage under control.