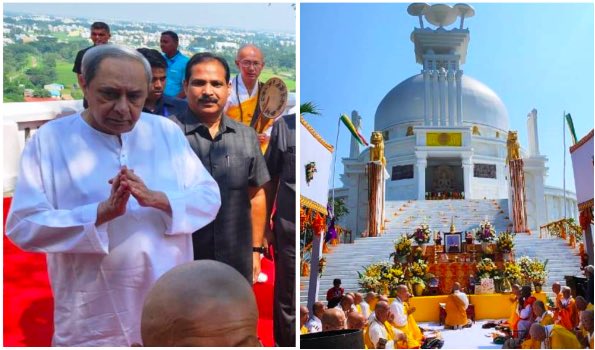 Bhubaneswar: Chief Minister Naveen Patnaik joined hundreds of monks from Japan, America, Ukraine and Kazakhstan, who congregated at Dhauli Peace Pagoda in Bhubaneswar to celebrate its 50th anniversary, on Friday.

The air reverberated with chants of mantras and sermons, giving a clarion call for world peace. “Peace is the only option to achieve the goals of a better and beautiful world. Let us work together to spread the message of peace and create a safer world for our future generation,” the CM said. 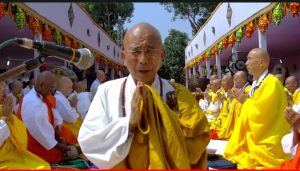 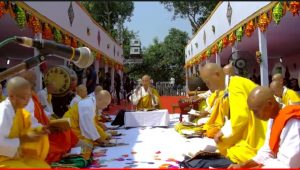 Delving into the glorious history of Odisha, he said that the pages start with Dhauli and the Kalinga war. “Although the war ended in massive bloodshed, Dhauli continues to sing the moral victory of the entire humanity. It is this place where Ashoka realised the futility of war and bloodshed and embraced Buddhism. In fact, Dhauli changed the course of world history by spreading the message of global peace and harmony,” he said. 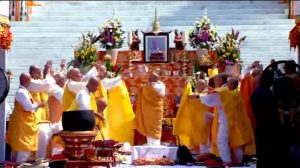 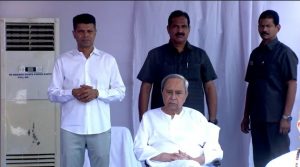 The Shanti Stupa stands here as a monument symbolizing and spreading the message of peace, harmony and progress, he added.

Speaking about the Peace Pagoda, he said that it is a great creation of modern architecture and bears the testimony of Indo-Japanese friendship that stands for global peace and mutual cooperation.

The Odisha government has taken steps for the beautification and holistic development of Dhauli Shanti Stupa to make it an international tourist destination, he added.

On the occasion, the Chief Minister announced construction of an Instream Storage on the Daya River at Basantpur. The estimated cost of the project is Rs 95 crore. The tender process for the project has already been started, he informed.