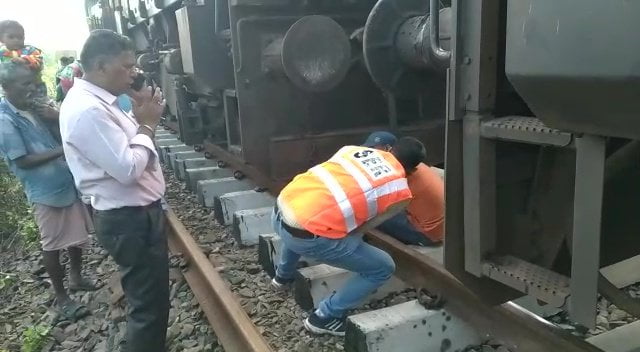 Rairangpur: Rail services between Tata and Badampahad were disrupted after the engine of a goods train derailed near Gorumahisani railway station in Mayurbhanj district on Tuesday night.

The goods train was on way to Gorumahisani from Jamshedpur when the front wheel of the engine derailed.

Due to the derailment, the Tatanagar-Badampahad Passenger has been detained at Aanlajodi railway station since Tuesday night.

On Wednesday, a technical team from Jamshedpur arrived to repair the railway track.

Rear Wheels Of Bus Come Off In Nabarangpur, Passengers Safe

Fuel Prices On Fire: Is Electric Car Better Option For…