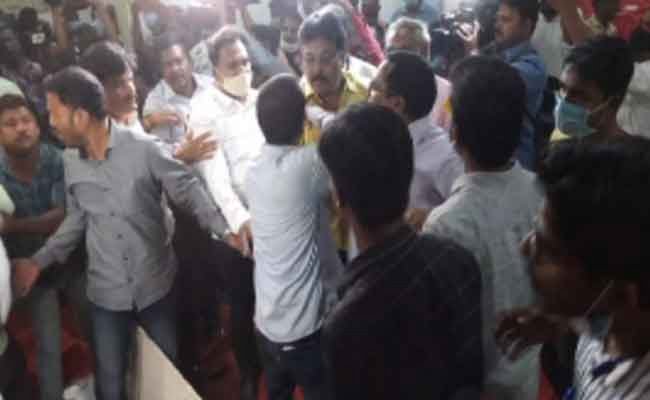 The incident started at about 11 am, shortly before the commencement of general council meeting, when a group of party workers (supporters of Chiranjib Biswal) attacked another group (supporters of Niranjan Patnaik) alleging anti-party activity by the chairman of OBC Cell Bishnu Barik, who is having a close nexus with the ruling BJD.

The two groups exchanged blows, ransacked the podium where the meeting was scheduled and also tore down posters.

However, the situation was brought under control following the assurance by the OPCC president to look into the matter.

Talking to mediapersons, Niranjan said action will be taken against those involved in the violence after an investigation. “No one is above the law. The incident will be discussed threadbare at the meeting,” he pointed out.

He also requested the party workers to redress their grievances on any party matter to the PCC and the AICC.