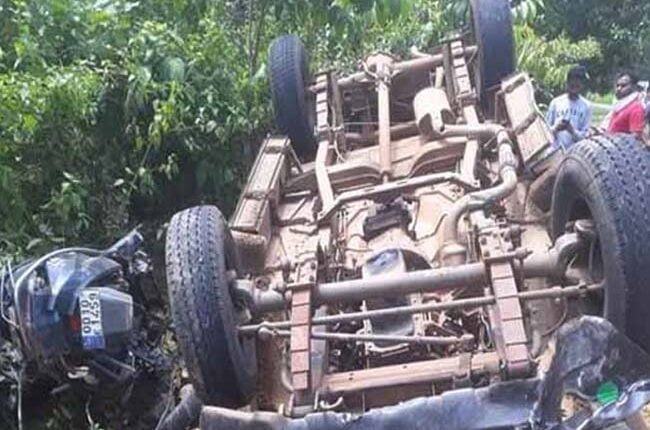 Malkangiri: A Gram Rozgar Sevak (GRS) was killed in a road accident near Pangam, under Mathili police limits in Malkangiri district on Tuesday.

According to sources, police personnel of Mathili police station were travelling to Malkangiri when their SUV hit the scooter of GRS Balaraj Sahoo, who was coming from the opposite direction.

The government official died on the spot.

The police vehicle overturned after the collision, injuring the three policemen.

Local people assembled at the spot and staged a road blockade on NH 326, disrupting vehicular movement. They demanded compensation for family members of the deceased.

Police officials had a hard time in trying to pacify the irate mob.

Objection Fee For JEE Main Slashed From Rs 1000 To Rs 200; But It’s Non-Refundable