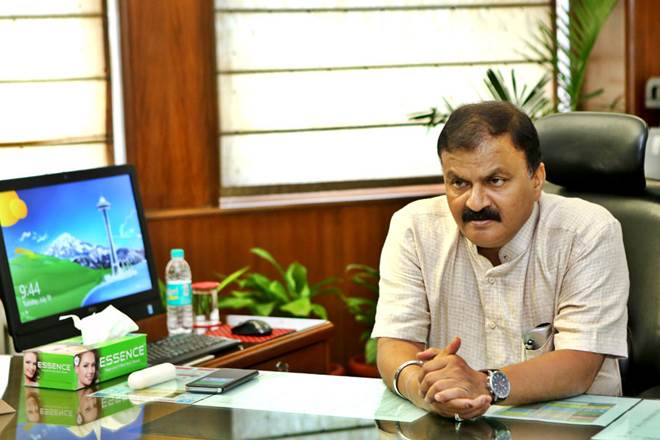 New Delhi: Chairman of Airports Authority of India (AAI) Guruprasad Mohapatra was on Wednesday transferred as Secretary, Department for Promotion of Industry and Internal Trade.

Mohapatra, an 1986 batch Gujarat cadre IAS officer, took over as AAI chief in July, 2016. He would succeed Ramesh Abhisekh on his superannuation on July 31.

During his tenure Mohapatra is believed to have given a push to development of Biju Patnaik Airport in Bhubaneswar and upgradation of the airport in Jharsuguda.

Among others, Odisha cadre IAS officer G V Venugopala Sarma has been posted as Member-Secretary, National Disaster Mitigation Authority. He was formerly Member, Board of Revenue, Odisha.

Further, the Appointments Committee made Atanu Chakraborty, who was Secretary, Department of Investment and Public Assets Management, the new Secretary, Economic Affairs, while his predecessor Subhash Chandra Garg has been shifted as Secretary, Power, in place of Ajay Kumar Bhalla. Anil Kumar Khachi would replace Chakraborty. Bhalla has been posted as Union Home Secretary and Anshu Prakash will take over as Secretary, Telecom.