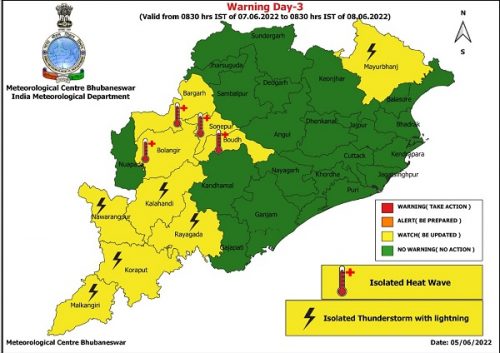 Bhubaneswar: Heat wave condition very likely to prevail at one or two places in Western Odisha for the next three days.

The Special Relief Commissioner has directed the respective district collectors to monitor the situation closely and asked people not to venture out during peak hours unless it’s an emergency.

Yellow warning for heatwave has been issued for the districts of Balangir, Boudh, Sonepur, Bargarh from 8.30 am of June 6 to 8.