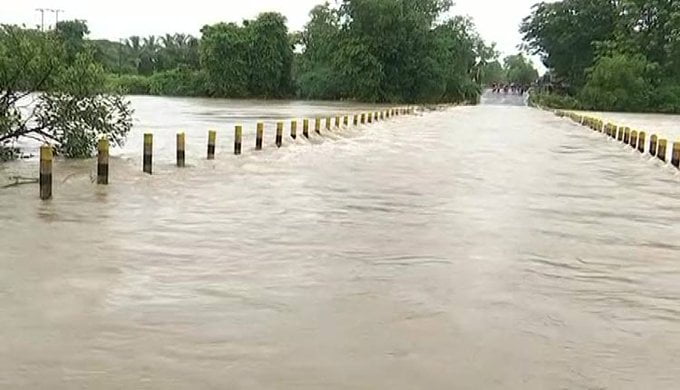 Reports from Malkangiri said that the floodwaters are flowing at a height of 4-5 feet over the bridges at Poteru, Kankarkonda, MV-26, Kanyashram, Korukonda and Tarlakota. As a result, road communications from Malkangiri to Balimela and Koraput have been disrupted. Hundreds of vehicles are stranded on both sides of these bridges. Floodwaters were also seen flowing over a culvert at Sarlapadar in the district. 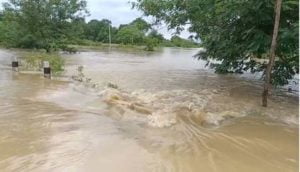 On Saturday, a goods-laden truck while trying to cross the Pangam bridge in Mathili block was swept away by strong water current and fell into the river. Though the driver and the cleaner survived by coming out of the cabin, they are yet to be rescued.

Thousands of hectares of agricultural fields are inundated with the overflowing floodwater.

In Dhenkanal district, the floodwaters of Brahmani have inundated several villages in Kamakhyanagar and Bhuban blocks. The Brahmani river is also overflowing due to the heavy rain in past 48 hours. Road communication between Bhuban and Kamakhyanagar in the district has been disrupted due to the flowing of floodwaters over the Damasala bridge.

The flood situation in Bhadrak district has also remained grim especially in the Dhamnagar block. While several government offices in the block and the NAC office were flooded on Saturday, several panchayats too are marooned by the floodwaters.

In Balangir district, a minor girl of Gungutipali village in Patnagarh block died and four family members were seriously injured after a portion of a wall of her house caved in while they were sleeping late on Saturday night.