Bhubaneswar: Life was thrown out of gear in several areas of Bhadrak, Keonjhar and Dhenkanal on Thursday after heavy downpour in most parts of Odisha.

Road connectivities were snapped due to the downpour that was triggered by a low-pressure area over the Bay of Bengal. It also inundating several panchayats in Bhandaripokhari and Dhamnagar blocks in Bhadrak.

Eight gram panchayats in Bhandaripokhari block and seven gram panchayats of Dhamnagar block are still waterlogged. Floodwaters are flowing over the Sharat Pole near Malada. Road connectivity has been disrupted due to the floodwaters near Global area. 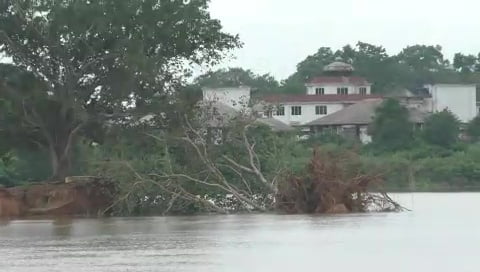 The communication from Bhandaripokhari and Dhamnagar to Jajpur has also been snapped. The water level of the river here has gone up 2 metres above the danger mark.

In the Dhenkanal district, the floodwaters of Brahmani and Ramial have inundated several villages in Gondia and Bhuban blocks. 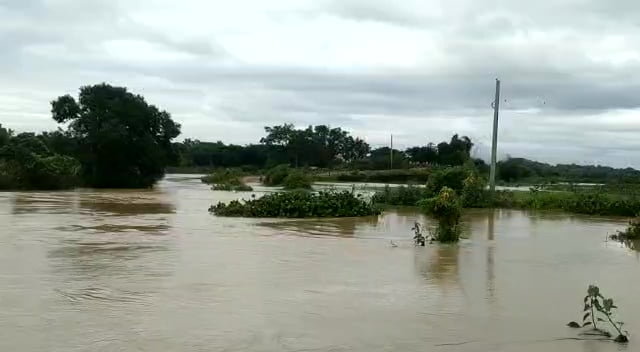 The Brahmani River is also overflowing due to heavy rain in the past 48 hours.

The flood situation in Keonjhar district has also remained grim, especially in the Rajghat. Several panchayats too are marooned by the floodwaters. 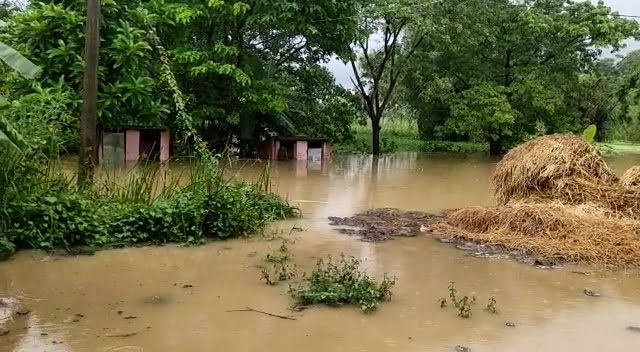 The Water level was around 2 metres above the danger mark of 38.36 metres near Rajghat due to heavy rainfall in the upper catchment area of river Baitarani.