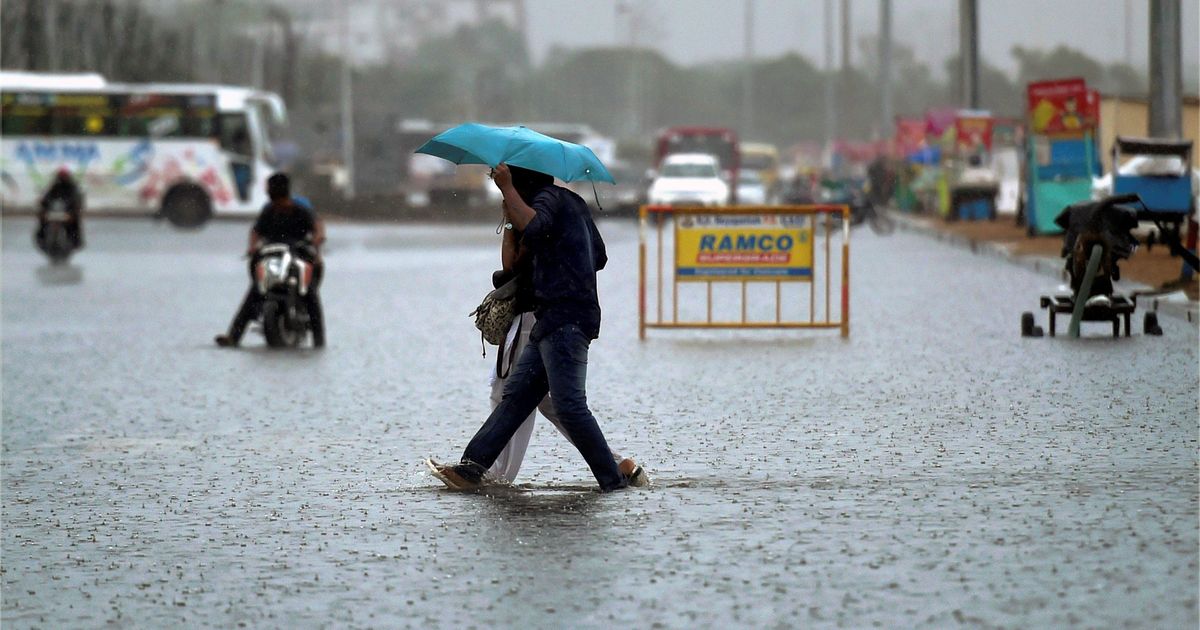 It seems 2015 is back in Chennai that claimed 347 lives across the state. From last few days, torrential rains continued to lash Chennai and brought the city to a standstill on Friday.
On Thursday, several coastal pockets of Chennai witnessed severe water-logging after rains lashed the city for a non-stop five hours following a low pressure on the Bay of Bengal near Sri Lanka. As a result of the rain in the state, schools in Nagapattinam, Kanchipuram, Thiruvallur and Chennai remained closed on Friday.
The state government has advised fishermen to be cautious while venturing into the sea in coastal areas of South Tamil Nadu and Delta districts. According to the Met Department, Chennai and Nungambakkam registered 18 cms of rain while Meenambakkam in the southern suburb recorded 14 cms, till 8.30 am on Friday.
Low lying areas in Chennai were flooded forcing people to wade through knee-deep water. S Balachandran, director of the Area Cyclone Warning Centre, warned moderate rainfall is expected in many places in south Tamil Nadu and a few areas in the north coastal parts of the state in the next two days.