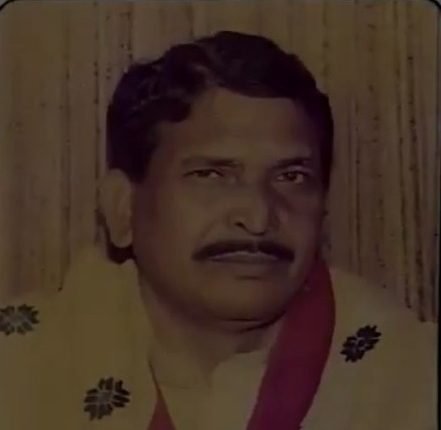 Bhubaneswar: December played a major role in Hemananda Biswal’s life. Not only was he born on the first day of the twelfth month of the year but also sworn in as Odisha Chief Minister twice in December; on 06.12.1989 and 07.12.1999 to be precise. But on both occasions he didn’t last long, earning the unenviable distinction of having the briefest tenures (88 days and 90 days) as the topmost political executive of the eastern state.

That, of course, is not the only reason why one should remember Hemananda, who died here on Friday aged 82. He was Odisha’s first tribal Chief Minister (the other being Giridhar Gamang). And the only Odisha political leader who served as Deputy CM (from March 15, 1995, to May 9, 1998, when J B Patnaik helmed the government) after serving as CM.

Another aspect for which Hemananda should get highlighted in Odisha’s political history is the fact that he rose from an elected representative at the grassroots level to don the CM’s mantle: from Chairperson of Kirmira panchayat samiti in Jharsuguda district in 1967 to CM 22 years later.

A Bhuyan tribal with high popularity in his native Laikera Assembly constituency which he represented six times, Hemananda could rise from his humble origins – his father Basudev was a sarpanch and mother Urmila a housewife; he was a school teacher before entering politics – to lead the state. He could achieve this not just because he represented the Adivasi community that forms nearly a quarter of Odisha’s population but also for standing on his own when heavyweights J B Patnaik and Basant Biswal dominated Congress politics in the state.

Hemananda neither had the resources nor the following. And yet he emerged as a power centre in Odisha Congress by being grounded yet gutsy. In fact, when the Congress high command first chose him as a “surprise package” to become CM, Hemananda didn’t have a telephone in his village house to receive the news.

He being down to earth, straightforward and non-controversial added to his image when factionalism in the state Congress even resulted in violence. No less than Basant Biswal, who led a powerful cohort and was opposed to JB, was also assaulted at the party office here in the early nineties.

In the 1970s and 1980s, Hemananda was not a force to reckon with as Nandini Satpathy, JB, Basant, Jugal Patnaik, Niranjan Patnaik majorly called the shots. However, when the party bosses felt the need to replace JB at the fag end of his second term as CM, they chose Hemananda ostensibly because he didn’t represent any camp and was a tribal face from western Odisha. He taking over as CM could not prevent a rout for the Hand party in the 1990 Assembly polls with Janata Dal led by Biju Patnaik romping home with 123 seats and the Congress ending up with a meagre 10 MLAs.

Hemananda, however, emerged as an alternative to JB and Basant. This in itself was an achievement for a man who had dared to stay away from groupism and make his presence felt. Incidentally, when JB was forced to resign as CM in early 1999 following the gangrape of Anjana Mishra and the murder of Australian missionary Graham Stewart Staines and his sons Philip and Timothy in Keonjhar district it was widely speculated that either Hemananda or Basant (who was also a Deputy CM) would take
over. But the occupants of 10 Janpath selected Giridhar Gamang. However, the October 29 supercyclone exposed Gamang’s inadequacies to govern, especially when the state was reeling under a severe crisis, leading to calls like Go-Man-Go. And the party’s big bosses again turned to Hemananda, who emerged as the “consensus candidate”, to serve as a “stop-gap CM”, a tag he disliked. In fact, in an exclusive interview to me (published in The Asian Age on December 6, 2000, he had said, “I
am no stop-gap Chief Minister,” while brushing aside comparisons with Gulzarilal Nanda, who twice served as Acting Prime Minister of India for short periods.

To be fair to Hemananda, who was also OPCC president, he neither had the time nor a politically-conducive environment to steady the Congress ship. No surprise it got wrecked in the subsequent political storm, the benefits of which were reaped by the BJD-BJP alliance in the 2000 Assembly elections. Left with no choice, Hemananda passed on the CM’s baton to Naveen Patnaik, exactly 10 years after he had done the same to the latter’s legendary father Biju Patnaik. The only saving grace for him was the fact that he managed to win from Laikera even as JB (from Athagarh) and Basant (from Tirtol) bit the dust; Gamang did not contest. This could not ensure the Leader of Opposition job for the tribal leader as his opponents outwitted him to make Ramakanta Mishra the Congress Legislature Party leader.

In subsequent years, Hemananda, like most other Congress leaders in Odisha, could not regain the electorate’s trust except for a brief spell when he became Sundargarh MP in 2009. A few controversies like a firing incident inside his official residence at New Delhi and alleged forgery of ST status did dog him a bit. With the Congress going downhill, he too had no chance of a political revival. Still, he continued with the grand old party although one of his daughters and a couple of his brothers quit the Congress and joined rival parties searching for greener pastures. And, sadly for him, he never got another December to remember!