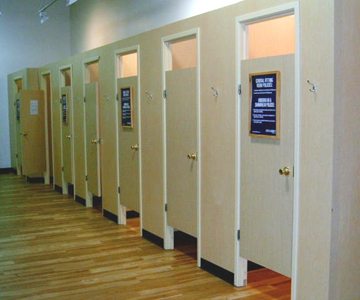 Keonjhar: A girl was shocked to find a camera in the trial room she was changing in in a shopping mall in Odisha’s Keonjhar town, and raised an alarm.

The mall’s security staff detained the man for allegedly trying to capture photographs and videos of a girl secretly.

As per reports, after selecting some clothes, the girl went to one of the trial rooms. While she was about to change and try new ones, she saw a black object in a corner of the ceiling of the room. She spotted a phone with its camera facing down.

She raised an alarm following which security personnel of the mall rushed to the trail room and nabbed the man. He was handed over to police.

The man allegedly threatened to the video viral on social media when the security personnel questioned him about the shameful act.