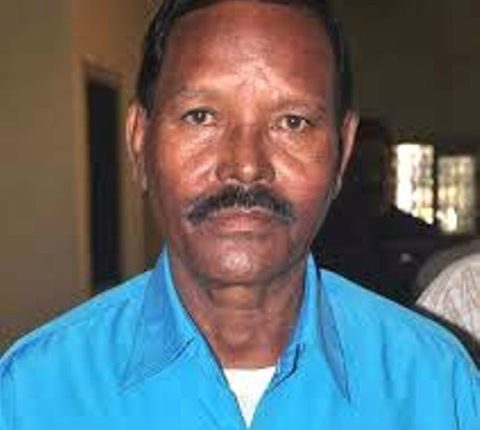 A brilliant defender, who played as a full-back, Kindo had inspired a revolution in the sport in the tribal region now famous as cradle of hockey.

Rourkela ADM Aboli S Naravane, who paid her last respects to the departed soul, said the district has lost a great person in Kindo’s death. “In this moment of grief, the district administration stands by the family,” she said.

Former Hockey India  Captain Dilip Tirkey said Kindo’s simplicity made him more special. “Kindo will be remembered for his memorable sporting performances. He brought home lots of pride and laurels. A brilliant hockey player, he had also made a mark as a great mentor,” said the hockey legend.

Soon after Kindo’s demise at IGH in Rourkela, Kandhamal MP and KIIT-KISS Founder Achyuta Samanta expressed his grief at the passing away of the Hockey legend.

Extremely aggrieved about the passing away of hockey legend and Arjuna Awardee #MichaelKindo. He was a Hockey World Cup Winner and truly a tribal icon. pic.twitter.com/OZhgwmMjkT

Samanta had also tweeted “Kindo’s contribution to Indian Hockey can never be forgotten. A flag-bearer for sports in Odisha, he inspired generations of children from all corners of society, to play sport.”

Michael was a member of the Indian team that won the 1975 World Cup in Kuala Lumpur, beating Pakistan 3-2 in a thrilling final.

He was part of the national team that won silver medal in the 1973 World Cup in Amsterdam.

In recognition of an outstanding career, he was conferred with the Arjuna Award in 1972.