How Honey Bees Will Ward Off Wild Elephants In MP; Know Details 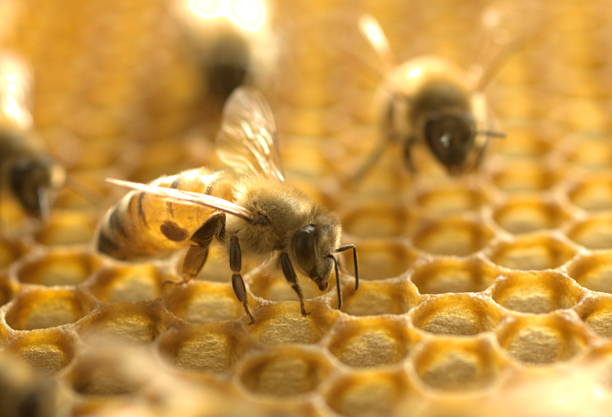 Bhopal: Farmers in Madhya Pradesh have been plagued by wild elephants that stray into farms and destroy crops in the border districts. Now, the MP government has found a solution by deciding to pit tiny honey bees against wild elephants.

Intoxicated on mahua flowers, elephants wander into the border districts and leave a trail of destruction before they are driven away or return to neighbouring Chhattisgarh. In a circular issued last week, the state government listed a standard operating procedure (SOP) with a host of do’s and don’ts for people in the eastern part of the state, officials said, according to PTI.

As one of the measures, people have been advised to install bee boxes in the affected areas to ward off elephants, they said. Elephants have a natural fear of bees, as they dislike being stung on their trunks and eyes. Beekeeping will be promoted in the villages of Sidhi, Singrauli, Shahdol, Anuppur, Umaria, Dindori and Mandla districts that have a significant indigenous population, officials were quoted as saying.

The latest step will not only protect crops and property, but it will also provide a livelihood to the indigenous population in the districts bordering Chhattisgarh.  According to officials, the Khadi and Village Industries Commission, through its flagship “Honey Mission” programme, distributed 100 bee boxes to 10 beneficiaries in the Morena district last year.

The state forest department has roped in NGOs to spread awareness among local communities about tricks to tame and drive away tuskers, they said. “We have asked NGOs that have experience of working in areas affected by wild elephants to impart training and share their experiences with the local communities,” principal chief conservator of forests (wildlife) J S Chauhan told PTI.

With a little bit of understanding about the animal and by exercising restraint, people can avoid damage to life and property to a great extent, he said. Tuskers can be chased away using high-intensity lights, firecrackers, burning cow dung cakes laced with chilli powder, buzzing sound of bees and beating drums, the official said.

“Our department is sharing these time-tested techniques with locals. We are constituting ‘hathi mitra dals’ to bridge the gap and share information with our field staff,” said Chauhan, who is also the chief wildlife warden of the state was quoted as saying.

Apart from this, solar fencing will be put up in sensitive areas to keep elephants at bay, he said.

Locals will be told not to hurl stones at elephants or confront them, as it may agitate the animals, the official added.

As per official data, more than eight people were killed last year by wild elephants that wandered into the state from Chhattisgarh.

In April last year, a herd of pachyderms had killed five people in the Amjhor area of Shahdol after crossing over from Chhattisgarh.

A heap of mahua flowers, worth ₹ 2 lakh, collected by some villagers had lured these elephants.

According to wildlife experts, elephants move towards human settlements in search of water and fodder in summer, as the water bodies in forests dry up and run thin.