How ‘Matrujyoti’ Is Ensuring Safe Motherhood In Odisha’s Sundargarh 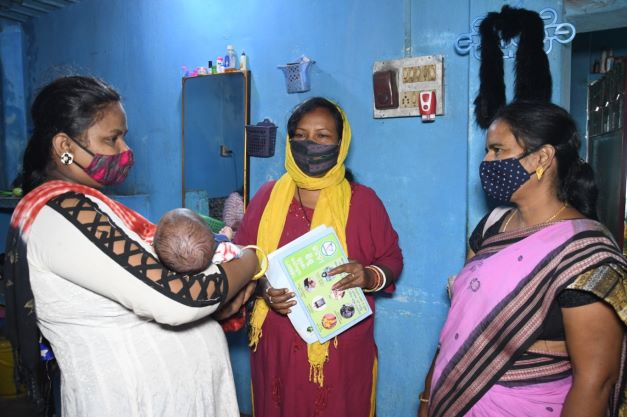 Sundargarh/Rourkela: ‘Matrujyoti’, a unique programme to provide all-round antenatal care and service to expectant mothers, has proved to be big boon for thousands of families in Sundargarh district.

The 33-year-old Albina Oram of Dandasena Sahi, under the remote Gurundia block of Sundargarh district, faced complications, like during her earlier pregnancy. But timely care and treatment provided under ‘Matrujyoti’ helped her immensely this time around.

“I was anaemic during my earlier pregnancy. This time too, I was detected with similar complications during the free ultrasound and other tests carried out under Matrujyoti scheme. The doctor cautioned me that it could pose problems and I was kept under treatment at the Maternity Waiting Home (Maa Gruha) for about a month before the delivery,” said Albina who went on to deliver her second child, a boy, at Gurundia Govt hospital recently.

Both mother and child are healthy, and Albina is back to work on her sewing machine, while her husband John Paul Toppo helps in babysitting whenever he gets a break from his farm.

“Mother and child are both doing fine. The ultrasound and other tests were provided free of cost which made all the difference,” said a beaming John.

During Albina’s previous pregnancy, the family had to spend money on her ultrasound and other tests at a private hospital in Rourkela. “However, under Matrujyoti, we didn’t have to spend anything. The required tests and care were provided to us free of cost,” he informed.

The programme has successfully managed more than 2000 high-risk cases, and over 57,000 ultrasound tests have been conducted till April 2022. 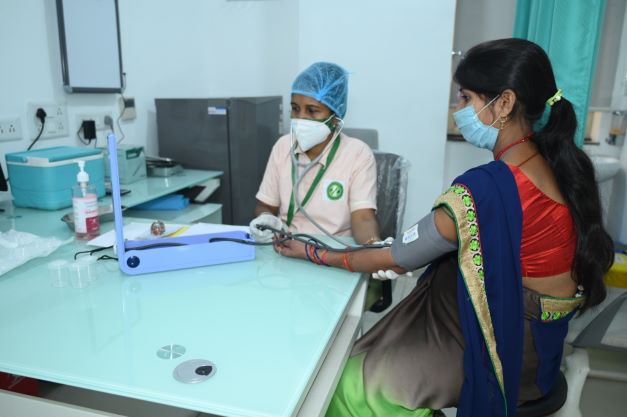 Sabita Mahji, a 39-year-old woman who was identified as a high-risk case during her pregnancy, delivered a baby girl recently after a tumor in her stomach was detected in the nick of time, thanks to ultrasound tests and immediate medical attention under Matrujyoti.

“The Anganwadi Didi (Anganwadi worker) took me to a hospital where my ultrasound test was done free of cost. The doctor detected the tumor in my stomach and said it would create problems during delivery and could harm my child as well… However, timely detection of the ailment and subsequent care at Maa Gruha (Maternity Waiting Home) resulted in safe childbirth,” said Sabita Majhi, resident of Samalaimunda village in Sundargarh’s Kutra block.

To make the programme more effective, especially in areas bordering neighbouring districts, the Sundargarh administration has signed MoUs with health centres in Keonjhar and Jharsuguda districts. As a result, expectant mothers are given free ultrasound test at facilities in Joda (Keonjhar) and Belpahar (Jharsuguda) also.

Beneficiaries are given special Matrujyoti cards to maintain record of their health status when they visit health centres for check-up. The records are fed into the Matrujyoti mobile app so that information can be accessed (especially by doctors) on the dashboard.

Mothers showing symptoms of clinical complications, or those living in geographically hard-to-reach areas where access to services is difficult, have been categorized as ‘High Risk’ cases.

The district administration has set up 20 Maa Gruhas (Maternity Waiting Homes) in the vicinity of health centres to keep those with complications under care and observation before and after delivery. Regular Bike Ambulance facility is in operation for immediate transportation of emergency cases from remote areas to nearby health facilities.

Speaking on the programme, Sundargarh Collector Nikhil Pavan Kalyan said that Matrujyoti has taken the lead in making various child and motherhood programmes of the state government more effective. “The objective of the initiative is to ensure safe motherhood. Expectant mothers are immensely benefitted under the programme due to the joint and concerted efforts of health officials, doctors, health workers as well as the ASHA and Anganwadi workers at the grassroots,” he said. 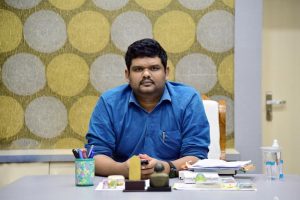 Monsoon To Advance Into More Parts Of Odisha In Next 3 Days, IMD Forecasts