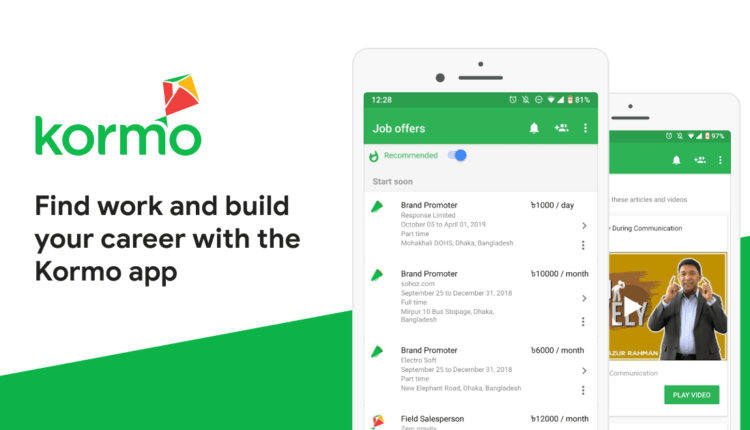 Bhubaneswar: Google Inc on Wednesday announced it has expanded its jobs app, ‘Kormo Jobs’ to India to help job seekers find entry-level jobs. The app was first launched in 2018 in Bangladesh, then expanded to Indonesia in 2019. Kormo was also available in India as ‘Spot’ on Google Play app which lets users find jobs through this feature.

The tech giant aims to replace Microsoft’s LinkedIn in job search relevance. On Wednesday, the company announced it will make a standalone android app, ‘Kormo Jobs’ for the Indian market.

The app will also help users enhance their skills, learn a new skill, create a resume in addition to finding jobs as per Tech Crunch.

“We will continue to invest in it with new features and jobs so that its users can continue to benefit its convenience,” said Bickey Russell, Regional Manager and Operations Lead, Kormo Jobs, Google, in a blog post according to Careers 360.

“In the wake of the pandemic, the jobs landscape stands altered, with demand shifting to new services that require different sets of skills and experience. Businesses of all sizes face the challenges of the new normal, while job seekers are having to adapt to this shift quickly,” wrote Russell in a blog.

“We are heartened to be able to play a helpful role in facilitating connections to impact lives for the better, including introducing important features like remote interviewing earlier this year to ensure social distancing,” he further added.

The move further shows Google’s growing interest in expanding to job-related search-queries. The company had launched a job search engine in 2017 in the U.S., which has expanded to several markets since. Earlier this month, it also rolled out a virtual visiting card feature in India.