Huge Amount Of Explosives Of Maoists Seized In Odisha’s Malkangiri 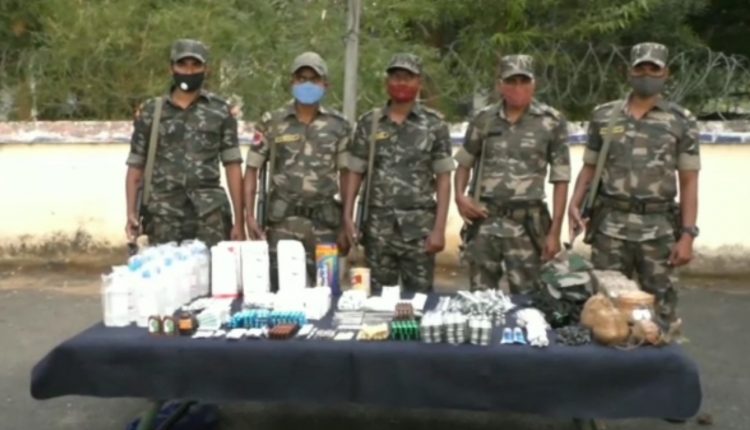 Malkangiri: Two days after a Maoist camp was busted in Nuapada district, security forces have seized huge amount of explosive materials of the banned outfit from a forest in Malkangiri district on Friday.

According to Malkangiri police, while the jawans of SOG and DVF were carrying out a combing operation along Odisha-Andhra Pradesh border, they were informed about an explosive dump in a forest near Maribeda and Nademanjari villages under Jodamba police limits in Swabhiman Anchal.

As per the information, the security forces went to the forest area and launched a search operation. They found 4 tiffin bombs, 20 web belts, 19 jungle caps and a large amount of medicines left behind by the Maoists before escaping from the area.

This is for the third time that the security forces have found Maoist materials in border areas in the last one month. Suspecting that the Maoists were active in the area and were planning to target the security forces and common people, the police said further combing and search operation is continuing.